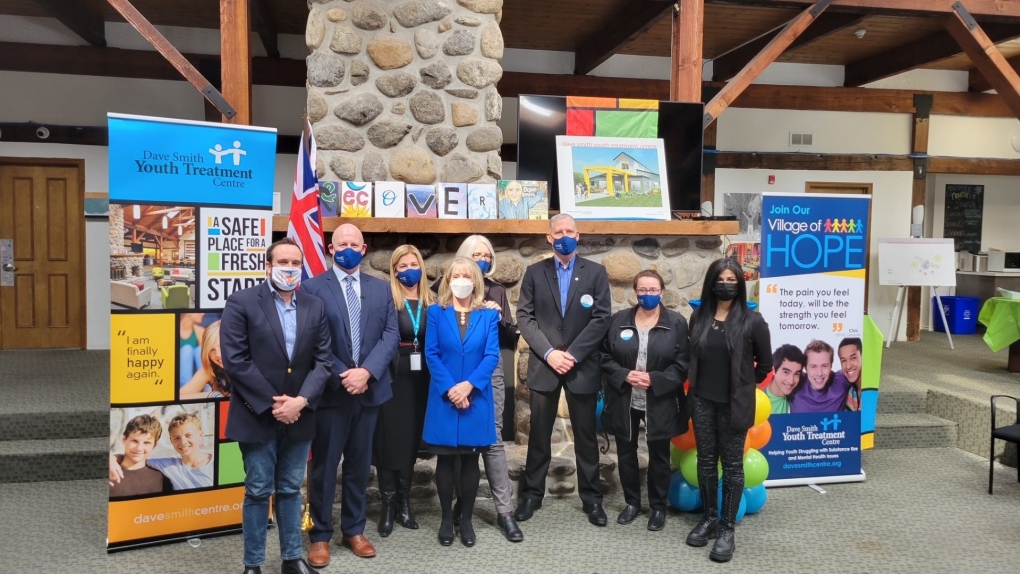 The Dave Smith Youth Treatment Centre says it can finally complete the dream of its eponymous founder, thanks to funding from the Ford government.

The late Dave Smith founded the treatment centre in 1993, with a goal of helping young people aged 13 to 21 with substance abuse and mental health issues. Since 2010, the Centre has operated out of an administrative office in Stittsville and two residential facilities: a 14‐bed boys’ campus in Carleton Place, and a 10‐bed girls’ site in Carp.

A central, purpose-built complex for treatment was Smith's goal before his passing in 2020. His widow Darlene Smith said he worked until the end to make his dream a reality.

"Even in the final days of his life, David pursued his relentless campaign to raise the remaining funds to see the new centre built. He would say that the inspiration for these tireless efforts came from the youth themselves and their remarkable ability to face challenges that would be unimaginable to most of us, to stare them down, to reach out for help, and to turn their lives around," she said shortly after Smith died.

Now, it appears that dream can come true.

The new facility will bring together three existing sites into one customized complex that will add 25 per cent more beds, reduce wait times, and bring all of the dedicated addiction counsellors, therapists and other professionals under one roof, the organization says.

"This new centre is going to make a world of difference for youth in crisis, their families and caregivers,” said executive director Mike Beauchesne in a news release. "This is one of the happiest days in the Centre’s 29-year history. The new building will mean access to expanded and enhanced care for thousands more youth in need of specialized treatment."

Kanata-Carleton MPP Merrilee Fullerton was on hand to make the funding announcement Tuesday.

"The Dave Smith Youth Treatment Centre is a beacon of hope for families whose children are struggling with addiction, and this funding is critical to ensuring that the growing demand for services is addressed," she said in a release. "Now more than ever we need to make sure that young people have the resources they need to recover so that they are supported to live full, healthy lives."

The Dave Smith Youth Treatment Centre says, as part of a cost-sharing agreement, approximately $4 million will have to be raised through a community-based fundraising campaign, described as “the final push to get us across the finish line,” by the DSYTC’s senior director of philanthropy, Cindy Manor.

Construction is expected to begin this spring, with a targeted opening date in the fall of 2023.

Bill Graham, who served as foreign affairs minister when Canada decided against joining the U.S. invasion of Iraq in 2003, has died.

Ontario's health minister said Monday that six hospitals had to close departments -- including ERs -- over the weekend, but argued that the situation wasn't unprecedented.

'Your Danny, your John': Condolences pour in for Olivia Newton-John

A suspect already in handcuffs has allegedly managed to overpower a Toronto police officer and steal their SUV, sending police on a wild early morning chase that ended with an attempted carjacking.