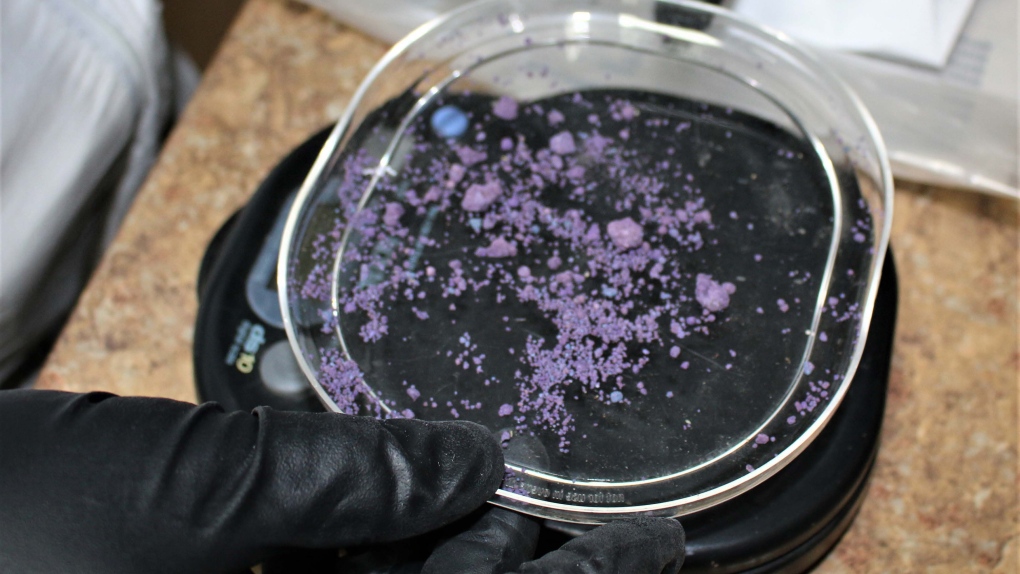 Hawkesbury OPP are warning the public after suspected purple fentanyl and crystal meth turned up in two separate drug seizures.

Police in Hawkesbury are warning the public after officers found dangerous drugs in two separate seizures in the area.

“Access to extremely dangerous opioids is not limited to larger cities,” police said in a news release. “These drugs have infiltrated every corner of our province in some form or another.”

Purple heroin, known as “purp,” is typically a cominbation of heroin and either fentanyl or carfentanil.

Hawkesbury is about 95 kilometres east of downtown Ottawa.