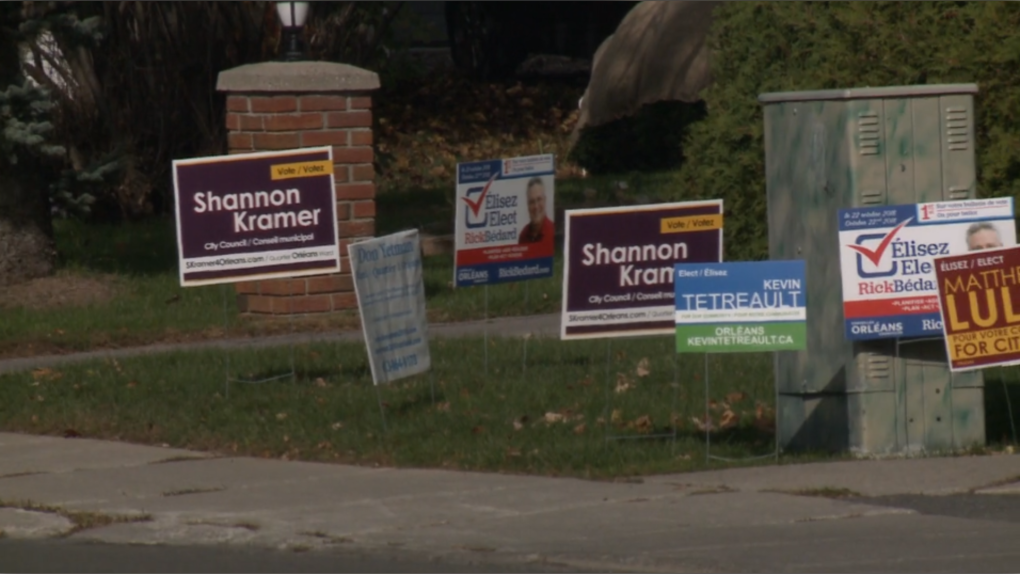 File photo of municipal election signs from the 2018 election in Ottawa.

OTTAWA -- The City of Ottawa says campaign signs for the upcoming by-election in Cumberland Ward will be allowed on private property starting Thursday.

Voting day in Cumberland Ward is Oct. 5. Election signs are allowed on private property, with permission from residents or businesses, in the 60 days before an election under the city's temporary signs by-law.

Signs on public property are permitted beginning Sept. 5, or 30 days before voting day.

All election signs must be removed by Oct. 7.

There are currently seven people nominated to run for the Cumberland Ward seat, which was vacated by Stephen Blais when he was elected to Queen's Park as the Liberal MPP for the riding of Orléans in February.

Candidates have until 2 p.m. Aug. 21 to submit their nomination papers.