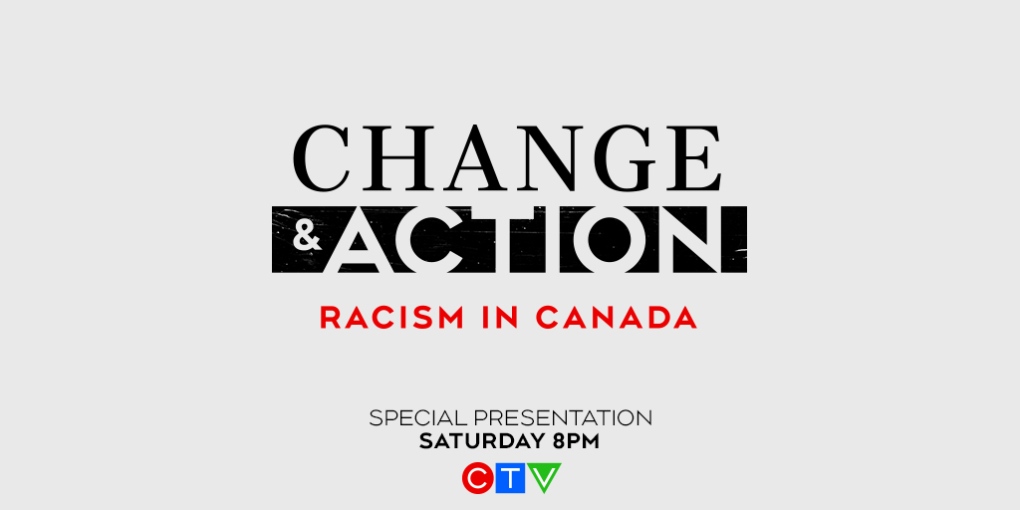 OTTAWA -- Committed to amplifying voices in the fight against racism, CTV will premiere a new 90-minute special "Change & Action: Racism in Canada" at 8 p.m. ET Saturday, June 13 on CTV and everywhere CTV content can be found. The special will premiere on Crave Sunday, June 14.

In Ottawa, "Change & Action: Racism in Canada" will air on CJOH-TV and on Newstalk 580 CFRA starting at 8 p.m.

From Bell Media Studios, the special, hosted by Tyrone Edwards, Marci Ien, Lainey Lui, and Anne-Marie Mediwake discusses how all of us can stand in solidarity as allies of Black Canadians and marginalized communities. A series of conversations with artists, public officials, business leaders, activists, and athletes, "Change & Action: Racism in Canada" fosters a national dialogue on how Canadians can take action against systemic racism, now and in the future.

“Bell Media is committed to engaging Canadians in a conversation about the racism and social injustice that exists in our country,” said Randy Lennox, President, Bell Media. “Change is never easy, but it's the uncomfortable conversations that ultimately lead to action."

“It’s so important right now to keep this conversation going," said Marci Ien. "We can no longer bury our heads in the sand and say we don’t have a problem in Canada. We’re hearing from people and communities across the country that we do. Right now, we have a unique opportunity to grab hold of this moment and talk about things that have made us uncomfortable for too long, because that’s how we can create meaningful change.”