« Ticket to Korea
TICKET TO KOREA WITH LOIS LEE

Taekwondo is Korea’s national sport and in the southern mountain town of Muju, you’ll find Taekwondowon; the mecca of Taekwondo for anyone who practices the martial art. 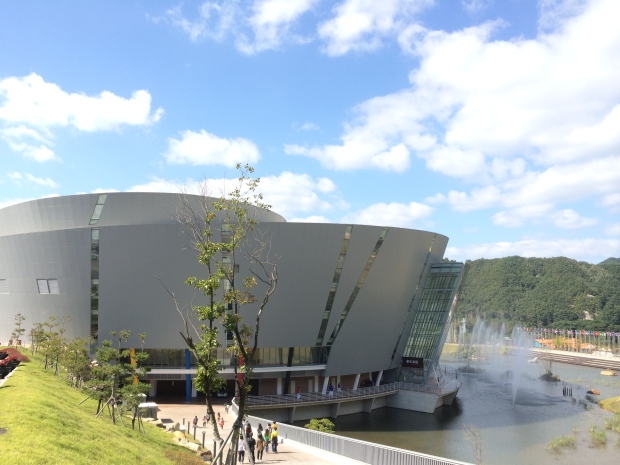 Taekwondowon just opened to the public in April 2014, with over 230,000 square kilometres of facilities dedicated to the mind, body and spirit. Students come here from all over the world to learn about the history of the sport, and are taught about the spirits of Taekwondo: courtesy, honour, endurance, self-discipline and perserverance. You can even stay overnight in their dorms with your family if you’re here for a competition or if you’re here to take classes.

Inside the Taekwondo Museum: a tomb painting from the 1st -7th century, showing Korea’s history of bare-hand martial arts, which became the original form of Taekwondo.

You can even take classes in Taekwondo from masters like Olympic gold medalist Master Kyung-Hun Kim, now head of education and instruction at Taekwondowon. 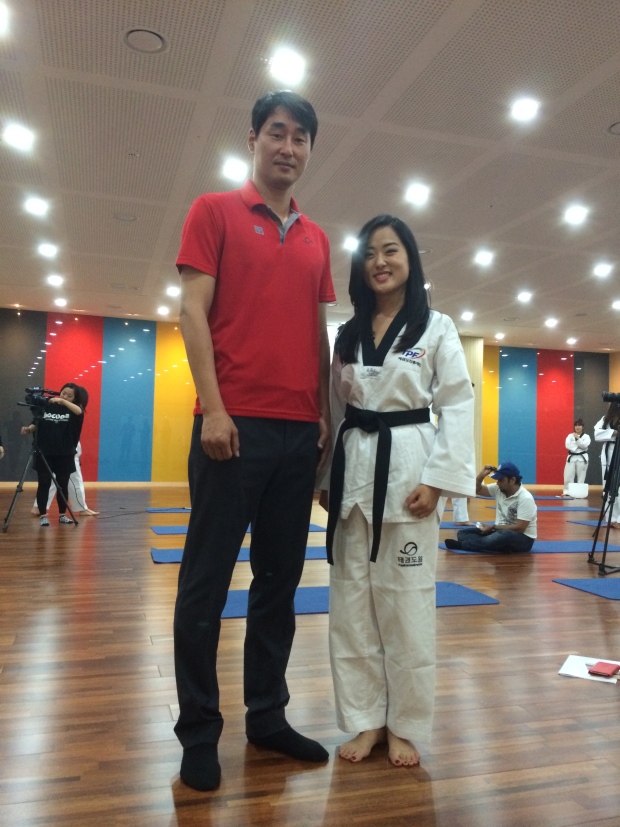 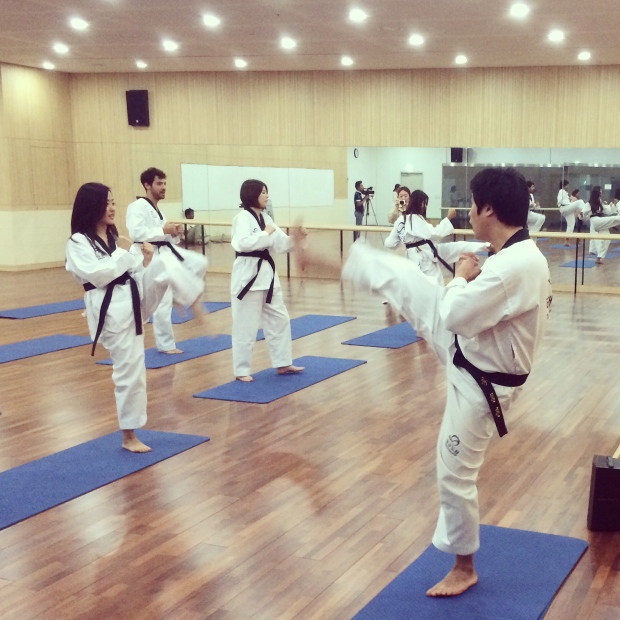 (Brushing up on my Taekwondo skills.)

There are interactive games for kids to test their agility and practice virtual sparring, and you can catch a 3D anime action flick about Taekwondo.

But I think the best part of the trip was seeing Taekwondo students in action. Check these guys out!