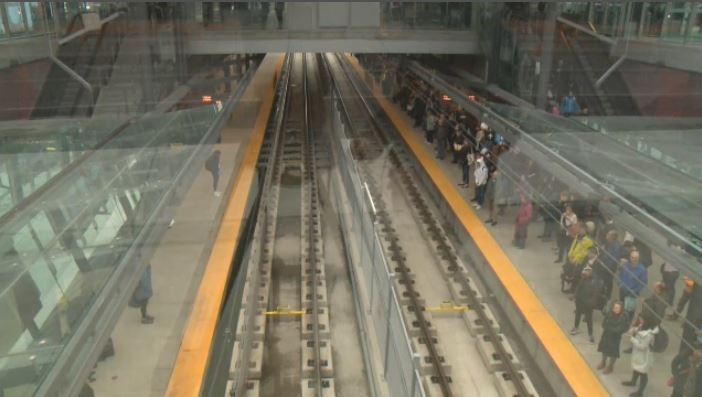 Pimisi station was busy for commuters heading to Gatineau.

Mixed reactions from riders at Pisimi Station - some saying it was a smooth ride in but now waiting for the bus, one said this a.m. was a nightmare, trying to adjust to new route, find the station entrance, now waiting for a bus that’s late @ctvottawa #ottawa #ottnews #otttransit pic.twitter.com/Tx3cJPvMR6

Some commuters were not taking any chances about which route to take to get to work.

One at Pisimi came prepared should her ‘Plan A’ route not work, she has a contingency plan because she can not afford to be late for work. She said only issue was finding where to wait to catch the 66 #ottnews #ottawa #LRT #otttransit @ctvottawa pic.twitter.com/gMxs2h2JXH

Transportation Manager John Manconi said the system worked. "I was at the peak of the peak this morning here, full platforms..trains would pull up. It would take everybody it needed to take.  Trains are busy, but they're not at their full capacity", Manconi said.