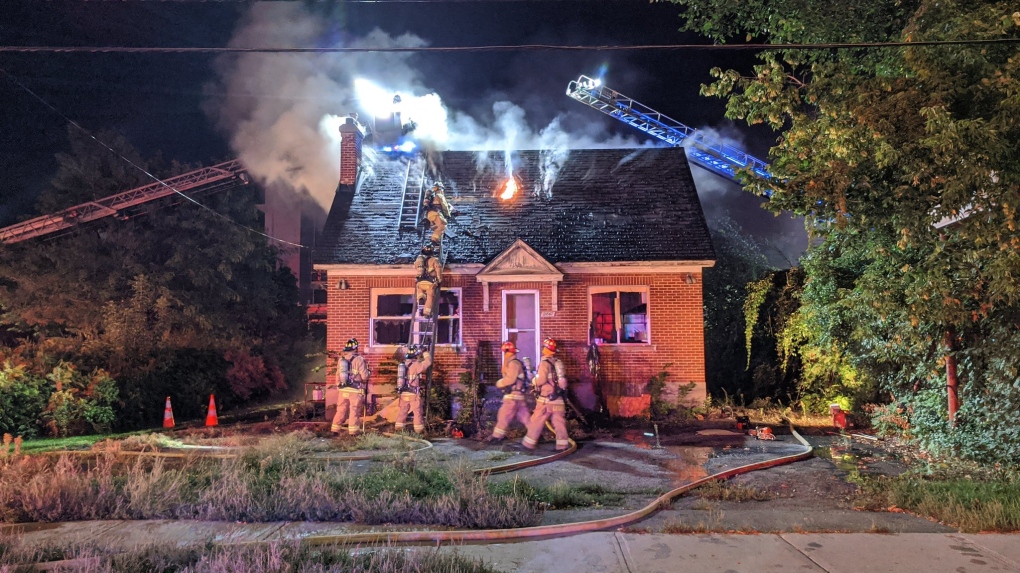 Crews work to put out a fire at a vacant building on Riverside Dr. (Scott Stilborn/@OFSFirePhoto)

It broke out in what Ottawa Fire says was an abandoned brick home.

Heavy flames were seen coming from a second-storey window.

A search determined no one was inside at the time.

Crews quickly extinguished the main body of the fire before work began to contain extensions and remove smoke.

Northbound Riverside Dr. had to be shut down from Ridgewood Ave. to Brookfield Rd. while firefighters were at the scene.

@OttFire is on location for a fire in an abandoned structure on Riverside Dr. near Hog’s Back. Firefighters have searched the home to confirm there were no occupants and extinguished the main body of the fire. Crews are working to remove the smoke and extinguish remaining fire. pic.twitter.com/Gx3Va15gVT

Ottawa Fire on scene of a Working Fire at 2847 Riverside DR. near Brookfield RD. Fire is in a 1-1/2 storey vacant building. Crews reported heavy fire from a 2nd storey window on arrival. The main body of fire is knocked down and crews are opening up. #ottnews #OttFire #OttCity pic.twitter.com/ESwqjGzysq