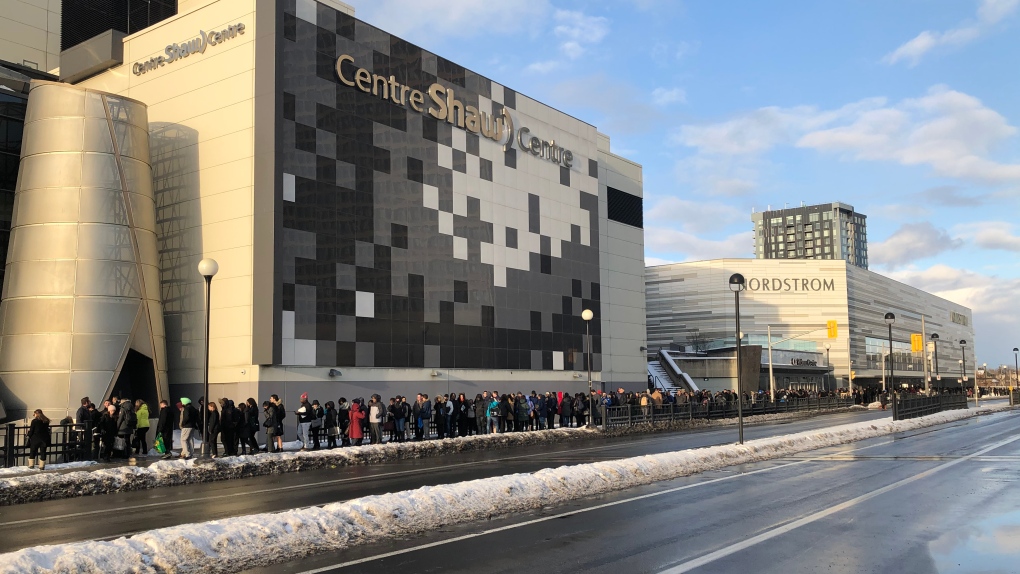 Call it a one two punch, Ottawa style.

The capital’s downtown traffic was virtually gridlocked for kilometres Friday afternoon around the Shaw Convention Centre.

The culprits: a job fair to work for the Canada Revenue Agency, and a major Canadian handmade craft sale.

The Signatures craft sale is on from Thursday to Sunday, promising access to 180 artists, artisans and designers from coast to coast.

At the same time, more than a thousand people lined up around the block for the opportunity to work for the taxman.

An advertisement said the CRA’s hiring managers were conducting interviews and were available to speak with people about “career opportunities” at the agency.

Hundreds lined up for blocks, braving light snow and cold temperatures for a chance to work for the tax agency.

"We were blown away to see the turnout today at our job fair in Ottawa," says Dan Couture, Chief Human Resources Officer for the CRA, in a statement to CTV News.

Many were turned away, with some officials accepting resumes on a snowy staircase nearly a full block away from the job fair.

"For the people that waited outside today, we are collecting your resumes and you will be given equal consideration," says Couture.

The line for the CRA job fair is down to the first floor, out the door, up the stairs, and along the Mackenzie King Bridge. I arrived 10 minutes before doors were due to open and this is my current view. pic.twitter.com/03PHKW4gsN