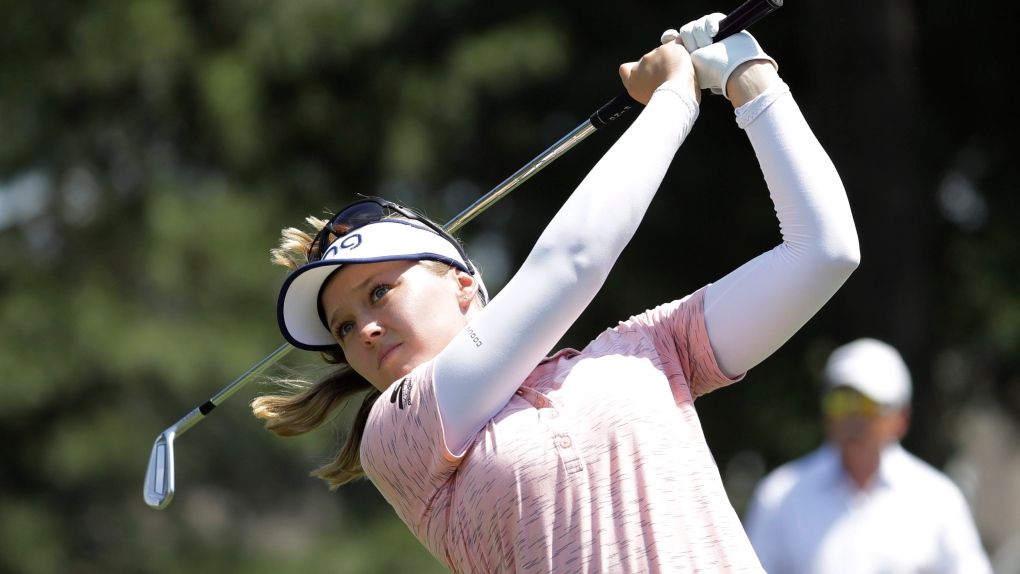 LPGA stars like Smiths Falls, Ont. native Brooke Henderson will be coming to Ottawa in 2022 for the CP Women's Open. (AP Photo/Steve Helber)

OTTAWA -- Golf Canada says the stars of the LPGA tour will be coming to the nation's capital in 2022.

The tournament was last held in Ottawa in 2017.

“We are extremely thrilled and enthusiastic for the return of the CP Women’s Open to Ottawa and the Ottawa Hunt and Golf Club in 2022,” said Laurence Applebaum, Golf Canada’s CEO, in a press release Wednesday. “The CP Women’s Open always receives terrific community support, but when we’re in Ottawa that backing is intensified. With our 2017 event in Ottawa for Canada’s 150 celebration and the excitement around Brooke [Henderson] competing so close to home, we set records for attendance, volunteer enrollment and left a meaningful charitable contribution. I’m certain the community will embrace all facets of the event when the stars of the LPGA Tour return to Ottawa.”

Golf Canada expects Smiths Falls, Ont. native Brooke Henderson to be a "power draw" for the 2022 tournament. The nine-time LPGA tour winner is an honourary member of the Ottawa Hunt and Golf Club.

In a tweet, Henderson said she's excited to play close to home again.

“It is great news that Golf Canada and CP have decided to return to Ottawa in 2022 for the CP Women's Open at the Ottawa Hunt and Golf Club,” Ottawa Mayor Jim Watson said in a press release. “The tournament was a major success in 2017, attracting a record number of fans and putting Ottawa on the map as a fantastic golf destination. We look forward to, once again, welcoming the best talent from across the world for this exciting event in 2022.”

Due to continued travel and border restrictions related to the COVID-19 pandemic, the 2020 CP Women’s Open at Shaughnessy Golf and Country Club in Vancouver was postponed until 2021. Shaughnessy and the province of British Columbia will now host the event August 23-29, 2021.

The 18-hole championship course that will be played upon in 2022 was originally crafted by famed architect Willie Park and redesigned by international course designer, Dr. Michael Hurdzan prior to the 2017 event.