Coyote put down by Ottawa Police officers in Riverside South 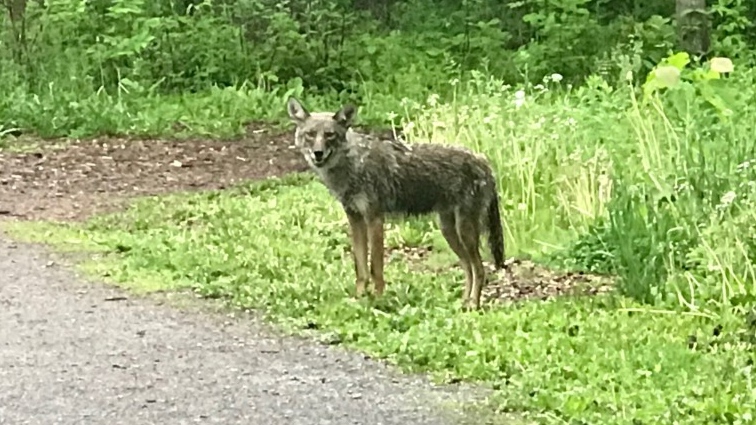 OTTAWA -- After two weeks of encounters between the public and coyotes in Riverside South, an Ottawa Police officer has put down a coyote.

Since June 5, Ottawa Police and Ottawa Bylaw have received several calls about coyote sightings and aggressive interactions in the Riverside South area.  Since then, police have been conducting proactive patrols in the neighbourhood.

“The coyote initially came at an officer, but they were able to chase it away from the residences using a police cruiser,” police said in a statement.

“Officers then located the same coyote in Claudette Cain Park, where they had no choice but to put it down safely.”

Ottawa Bylaw Services removed the coyote from the park and took it for testing.

Councillor Carol Anne Meehan tweeted that officers tracked a coyote from a residential area in Riverside South to Claudette Cain Park, “where it was removed.”

Informed this am @OTTPolice tracked a coyote from a residential area in RSS to Claudette Cain park overnight where it was removed. Animal sent for testing. Residents advised to stay alert. @RSCAssociation @BarrhavenEastCA #ottnews

Several people and animals have been bitten by a coyote over the past two weeks in Riverside South and Manotick.

On Tuesday, police said a man was bitten on the back of the leg by a coyote in the area of Spratt Road and Goldeneye Way.

Meehan tweeted that a little dog was grabbed by a coyote Wednesday night on Golden Springs Drive, and a dog was attacked in Beryl Gaffney Park on Thursday morning.

Ottawa Police say despite the coyote being put down, residents should remain vigilant and avoid wooded areas, particularly after dark.

Ottawa Police and Ottawa Bylaw have the following tips if you encounter aggressive wild animals:

Police say if a wild animal scratches or bites resulting in skin breakage, residents should also contact Ottawa Public Health (or 311 after hours) to speak with a Public Health Inspector.