COVID-19 vaccines could be available to the general public in Kingston in May, top doctor predicts 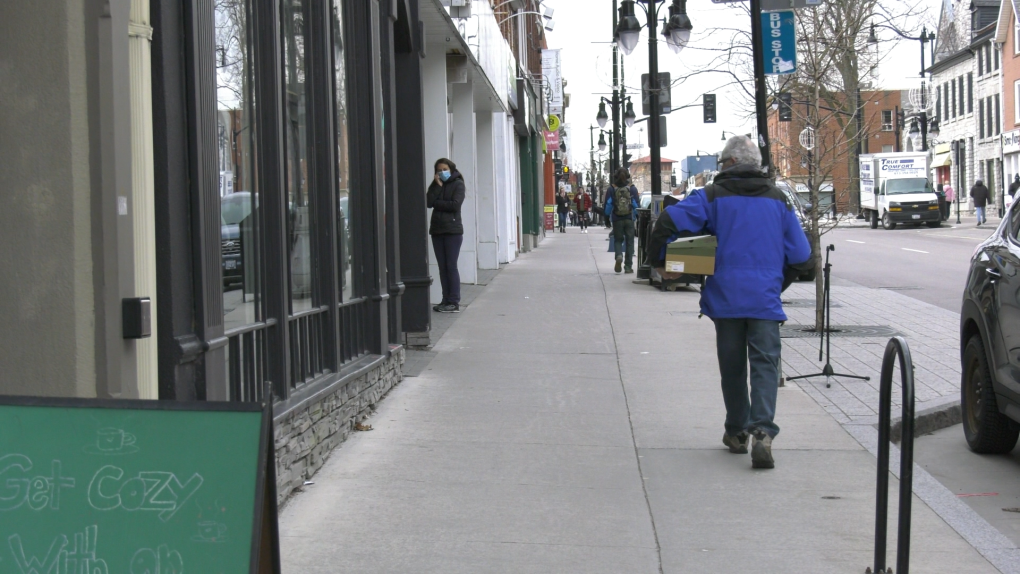 KINGSTON -- As new COVID-19 vaccines arrive in Kingston, the city's top doctor is hopeful everyone in the region will have access to the vaccine by May.

Medical officer of health Dr. Kieran Moore confirmed to CTV News Ottawa on Saturday, that with Canada now being the first country to approve a fourth vaccine, he believes inoculation of the general public could begin in two months.

With vaccinations in the city’s long-term care homes beginning only in mid-January, it was a slow start to Kingston’s vaccination campaign, but Moore says the effort will ramp-up now.

"We’ve reached 10,000 individuals with doses given of vaccine," he says. "We‘ve had a very aggressive week this week of trying to get doses into arms."

Kingston, Frontenac, Lennox and Addington’s Public Health remains in phase one of the COVID-19 vaccine rollout, with immunization still under way for long-term care home residents and frontline healthcare workers.

Starting next week, hundreds more a day will be vaccinated in a pilot project that will see pharmacists administering doses.

"I do think anyone who wants access will be offered the vaccine will be offered it very, very quickly and I think we’ll have robust heard immunity over the next several months," said Moore of the roll out during a press conference on Thursday.

Demand for the vaccine in the region is high, and public health has been flooded with calls asking to book an appointment for the shot. Health officials warn they can’t book appointments for those who aren’t yet eligible, and there is no waiting list.

They advise waiting to be contacted when it’s your turn.

Andrew Vanoverbeke says getting the vaccine will mean his two-year-old daughter will be able to see her grandparents.

"We’re doing the Zoom and stuff but it’s not the same as being able to give hugs and just play. It’s really hard," Vanoverbeke says. "I’m excited about it. And the sooner the better for us."