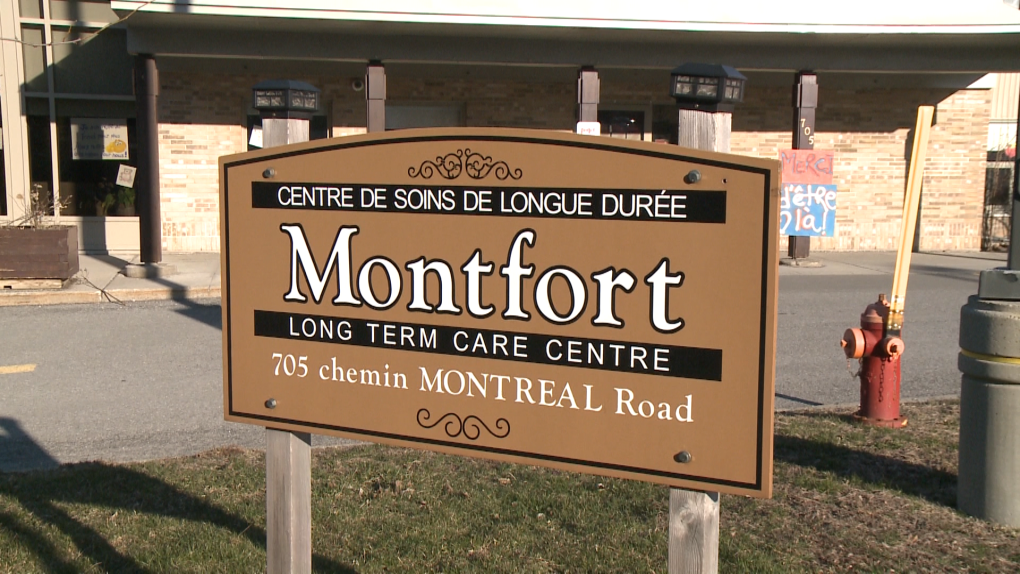 OTTAWA -- A COVID-19 outbreak has ended at one of the hardest-hit long-term care homes in Ottawa, according to the company that manages the home.

In a press release, Revera says the outbreak at the Montfort Long-term Care Centre was declared over on Monday.

"Ottawa Public Health today declared the COVID-19 outbreak at Montfort Long Term Care Home in Ottawa to be over," said a statement attributed to Revera's chief medical officer, Dr. Rhonda Collins. "We appreciate the support of Public Health officials, our families and the local community as we worked to contain the spread of COVID-19 in the home."

According to Ottawa Public Health's most recent long-term care report, the outbreak at the 128-bed facility began April 8, affecting 87 residents and 30 staff. Thirty residents of the Montfort Long-term Care Centre died of COVID-19.

The latest reporting from Ottawa Public Health still lists Montfort as an ongoing outbreak, but that is based on data from 2 p.m. June 6. It sometimes takes a day or two before an outbreak is officially listed as over on Ottawa Public Health's website.

Dr. Collins said pandemic control measures would remain in place at the home.

"We are maintaining our vigilance, monitoring residents and screening staff for symptoms, and ensuring that staff wear surgical masks at all times. Any residents or staff displaying any potential symptoms will be place in immediate isolation and tested for COVID-19."

Ottawa city councillor Theresa Kavanagh has called on the Ontario government to bring in new management at Carlingview Manor, but the province has not indicated it would do so.