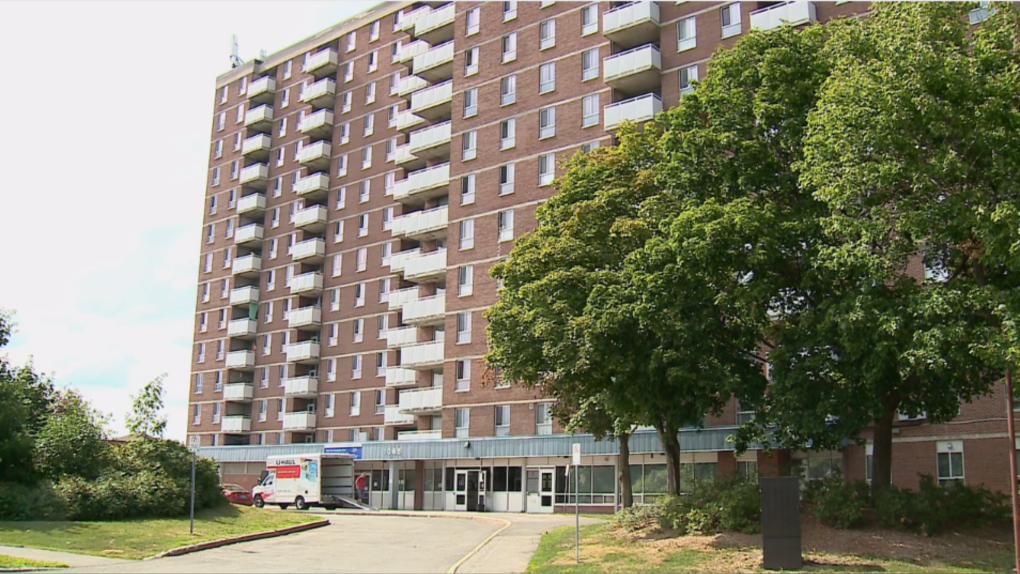 A City of Ottawa employee working with a summer camp at the Foster Farm Community Centre on Ramsey Cres. has tested positive for COVID-19. (Aaron Reid / CTV News Ottawa)

OTTAWA -- The City of Ottawa says a COVID-19 outbreak has officially been declared at the Foster Farm Community Centre on Ramsey Crescent following a positive cases in a summer camp employee over the weekend.

The case was first announced in a memo on Saturday. Acting General Manager of Recreation, Cultural and Facility Services Kevin Wherry said the infected employee is self-isolating.

"This individual is currently in self-isolation at home and was last in attendance at camp at Foster Farm Community Centre on Wednesday, July 29, 2020," Wherry said.

In a new memo on Wednesday, Acting General Manager of Recreation, Cultural and Facility Services Dan Brisebois said no additional cases have been reported at the site, but an outbreak has been declared.

"The Foster Farm Community Centre is considered to be an outbreak site at this time. A site is considered in outbreak when one active case of COVID-19 is reported. At this time no additional cases have been reported since the one on Saturday," Brisebois said.

All summer camp activity at the site has been suspended for 14 days and contacts of the confirmed individual have been told to self-isolate. The community centre is being disinfected and reminder messages about social distancing, hand washing, and mask use have been sent to staff.

The City launched its revised "Camp Summer Fun" program in early July, after cancelling previous summer camp offerings because of the COVD-19 pandemic.

Camps this summer focus on "fun and creative physically-distanced sports, games and crafts this summer, with activities held outdoors whenever possible," the City said.

Last week, two children who had attended summer camps in Gatineau tested positive for COVID-19, and the week before, a camp counsellor also had a positive test result.

'It can be COVID-19 when it's just sniffles': Ottawa's top doctor

Staff, students at Pembroke high school ordered to self-isolate, even if they test negative for COVID-19