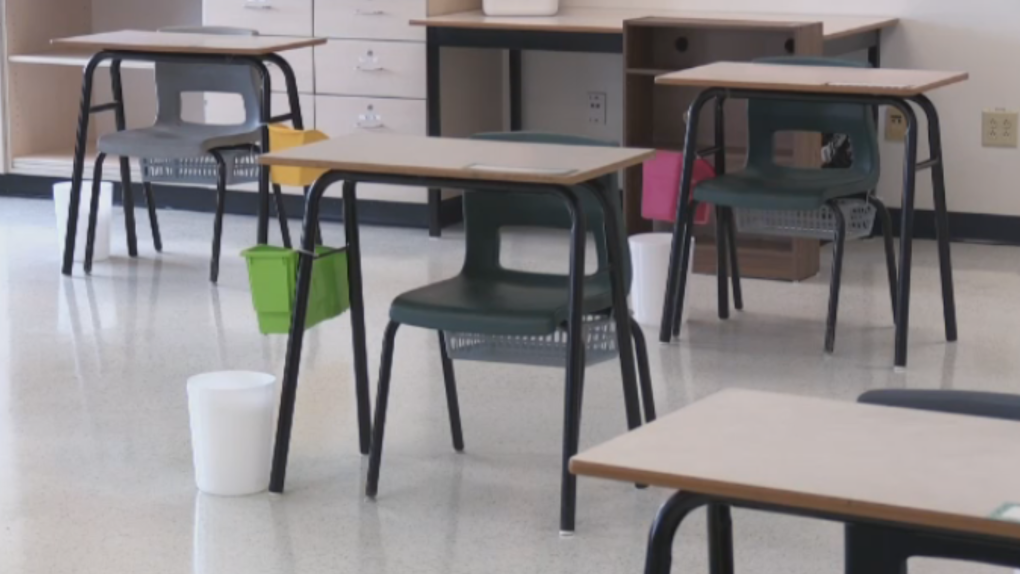 "There's a lot of people headed back to school tomorrow worried about safety, logistics, and readiness to provide the supports that teachers and kids deserve," says Nova Scotia Teachers Union president, Paul Wozney. "Some hand sanitizer has been dropped off undiluted, and it's expected to be put on kids' hands – it's just not safe."

OTTAWA -- With COVID-19 cases reported at 52 schools across Ottawa, public health officials warn staff and students are beginning to contract COVID-19 while at school.

A COVID-19 outbreak has been declared at Lycee Claudel, the fifth outbreak at an Ottawa school since the start of the school year three weeks ago. Ottawa Public Health reports two students at the French private school have tested positive for the virus.

In a statement to CTV News Ottawa, Ottawa Public Health says it's starting to see that some students and staff are getting sick from interactions at school.

"The first handful of cases were of students and staff that went to school unknowing that they were sick with COVID, meaning they became infected with COVID outside of the school setting," said the statement from Ottawa Public Health.

"Over the last couple of weeks, OPH is starting to see that some students and staff are now getting sick from interactions at school. These are situations when OPH declares an outbreak."

COVID-19 cases have been reported at 52 schools with the Ottawa Carleton District School Board, Ottawa Catholic School Board, and the French public and catholic school boards.

Speaking on CTV Morning Live Thursday morning, Medical Officer of Health Dr. Vera Etches said her goal was to keep schools open during the pandemic, adding that takes limiting the COVID-19 transmission in the community.

Ottawa Public Health says once an outbreak is confirmed in a school, it reaches out to parents of close contacts to let them know and help them with the next steps, which include staying home, monitoring for symptoms and presenting for testing when it's appropriate.

COVID-19 outbreaks have been declared at the following Ottawa schools:

Ottawa Public Health says in the event of a school outbreak, the ability for the school to remain open will depend on how many groups of students are affected.  Some cohorts may be advised to go for testing and to self-isolate at home until a date determined by OPH.

"If there is sufficient evidence to indicate that there is risk of spread to additional cohorts, there may be a decision to close the entire school in order to stop transmission in the school."

Here is a breakdown of the COVID-19 cases in Ottawa's schools: