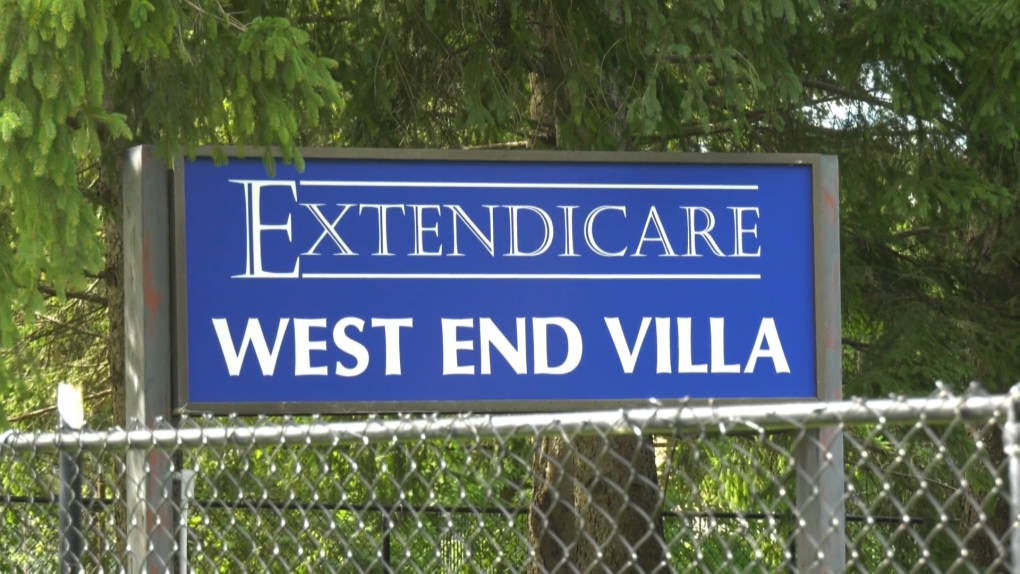 A COVID-19 outbreak was declared at Extendicare West End Villa on Aug. 30, 2020 after eight residents and one staff member tested positive.

OTTAWA -- A COVID-19 outbreak at a long-term care home in the city has expanded to 31 cases, according to the company that runs the home.

In a statement to CTV News, Extendicare says 28 residents and three staff members of West End Villa, on Elmira Drive, have tested positive for COVID-19 since Aug. 30. No one at West End Villa has died of COVID-19.

"All COVID-19 positive residents at the home are being cared for on the 4th floor, and all staff who have tested positive are isolating at home," an Extendicare spokesperson said. "We have conducted an additional round of testing of all residents and staff and expect to receive the remaining results over the coming days."

This is the largest new outbreak of COVID-19 in a long-term care home, by number of cases, since May. Early on in the pandemic, several outbreaks at homes around the city have affected dozens of residents and led to several deaths. Some of these outbreaks began in April and lasted until June or July. Since then, the vast majority of new outbreaks that were declared by Ottawa Public Health ended with a small number of cases, sometimes just a single case.

The most recent outbreak of this magnitude was the outbreak at the Peter D. Clark long-term care home, which began April 28 ended July 4 with 49 confirmed cases and nine deaths.

A previous outbreak at West End Villa in May involved a single staff member.

A single laboratory-confirmed case in either a staff member or a resident of a long-term care home is all that is required for Ottawa Public Health to declare a COVID-19 outbreak.

"Staffing levels are stable and outbreak protocols have been implemented across the home, with enhanced cleaning measures and PPE use by all staff," a spokesperson said. "We are working closely with Ottawa Public Health, the Ministry of Long Term Care and local hospitals to ensure we have any support needed as we care for our residents and work to remove the virus from our home."

A previous version of this article identified this outbreak as the largest, in terms of case count, since June. The information has been updated to clarify that this is the largest by case count of newly declared outbreaks, but that some outbreaks that began in April lasted until June or July.