COVID-19 in Stage 2: How Ottawa fared during the second stage of reopening 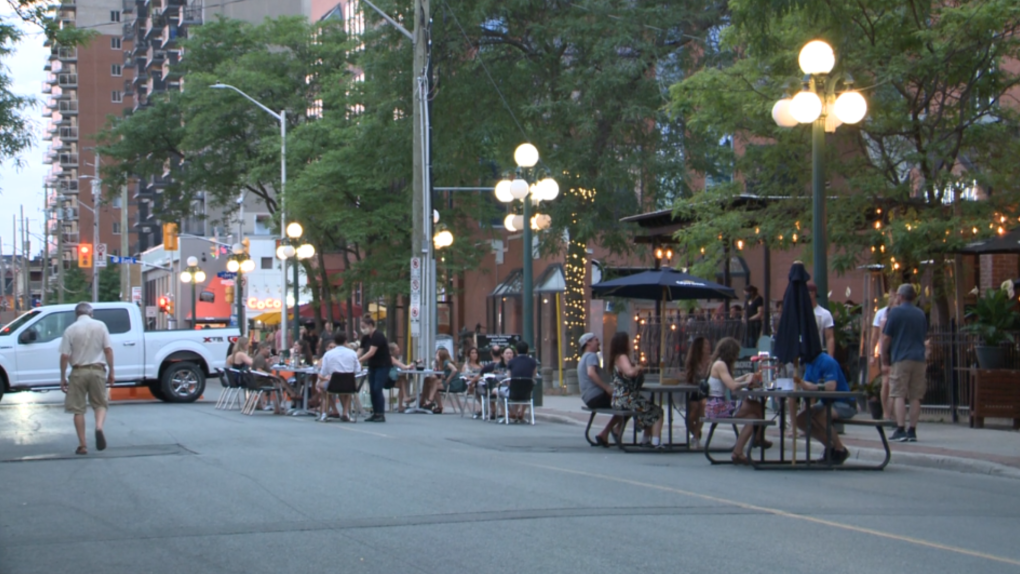 OTTAWA -- Ottawa is now officially in Stage 3 of Ontario's reopening framework, with nearly all businesses allowed to reopen as the COVID-19 pandemic continues.

Stage 2 in Ottawa lasted just over a month, beginning officially on June 12. Stage 3 began on July 17.

During the second stage of reopening, Ottawa's COVID-19 counts remained steady, though there were some spikes near the end.

Active cases dropped from a high of 84 to a low of 40, but began trending upward in the week leading up to Stage 3.

Six new deaths were reported in Stage 2, including a 20-day streak of zero deaths being reported, which remains unbroken into the start of Stage 3.

The hospitalization rate also fell in June and July from 16 people at the start of Stage 2 to three by the end of it.

However, case counts, hospitalizations, and outbreaks are trending upwards as the city enters Stage 3.

In a message on Friday, Medical Officer of Health Dr. Vera Etches said that while good behaviour has helped keep cases low in Stage 2, the virus continues to spread in the community and we must be vigilant as more activities become available.

"With new provincial guidance allowing up to 50 people indoors and 100 people outdoors and more businesses reopening, there are going to be increased opportunities to interact with others and therefore more cases of COVID-19 can be expected," Dr. Etches said in a statement on Ottawa Public Health's website. "Breaking these chains of transmission to keep the level of virus in the community manageable is our collective goal as we learn to live with COVID-19 into the future."

Masks are mandatory inside all enclosed public spaces in Ottawa and eastern Ontario. An Ottawa bylaw includes the possibility of fines between $200 and $400 but city staff say the primary objective of the new bylaw is to “educate and inform” people about the need to wear masks, instead of issuing tickets.

As we begin Stage 3, Dr. Etches says she has faith the people of Ottawa will do the right think and keep COVID-19 cases low.

"Ottawa, you may not realize it, but you are incredibly resilient," Dr. Etches said. "Look at how much we have adapted to and accomplished in the last few months! You have learned new ways of living, some of which may seem normal now. I have every confidence that we will get through this new phase."