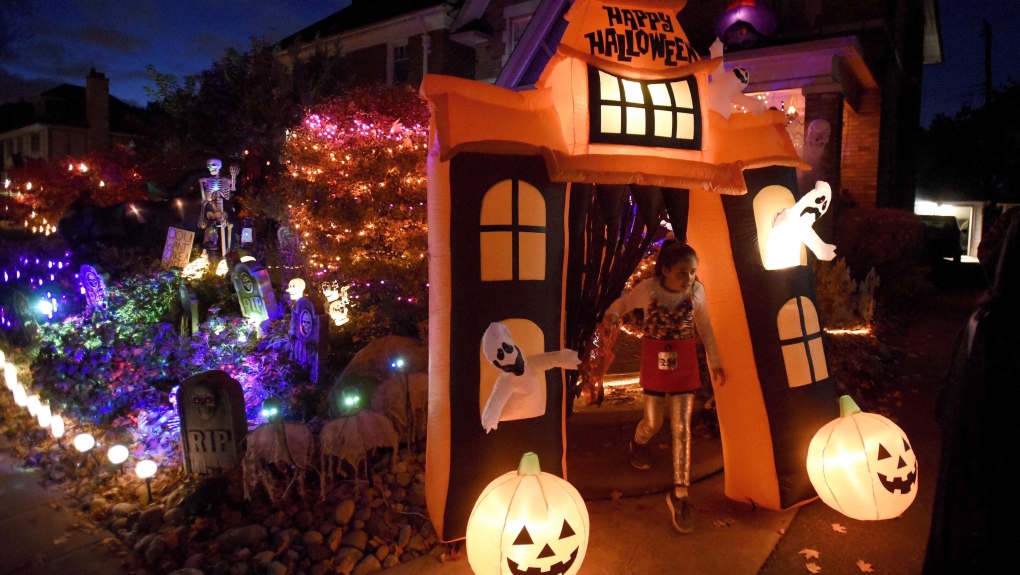 A girl trick-or-treats at a decorated home in Ottawa on Halloween, Monday, Oct. 31, 2016. THE CANADIAN PRESS/Justin Tang

OTTAWA -- The Mayor's Halloween Party at Ottawa City Hall has been cancelled due to the COVID-19 pandemic, and Christmas celebrations could be the next events postponed if novel coronavirus cases continue to rise.

Mayor Jim Watson says Ottawa is not at the point of cancelling Christmas events yet, but other popular family events have been cancelled.

"We did cancel the Mayor's Halloween Party, which would take place here at City Hall and we just didn't have the capacity to properly socially distance ourselves," said Mayor Watson.

"It attracts five to six thousand people, and even though Ottawa City Hall is quite large, it wouldn't be safe in our opinion."

The Mayor's Halloween Party is held before Halloween every year.

Watson says the City of Ottawa will need to make a decision soon on other major events.

"There's the big Christmas Party that we have every year either at Lansdowne or here at City Hall for families, but those decisions haven't been taken," said the mayor.

"Obviously, I think it's a fair assumption that if we continue to be going in the wrong direction, then a lot of those kind of events will have to be cancelled or postponed until the following year."