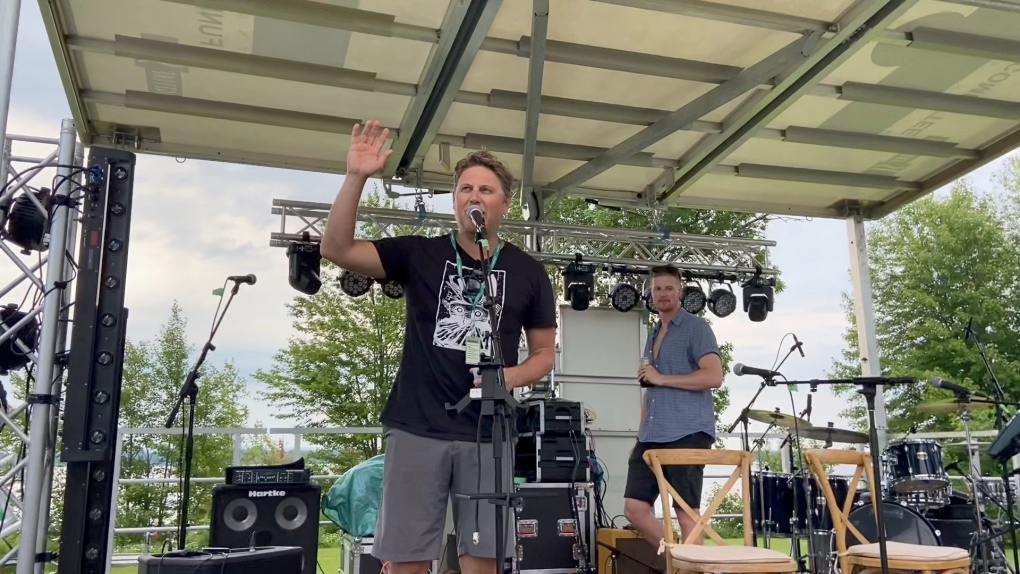 "It's so lovely to have these friends that travel from all over the place to come and party and raise money for all these wonderful causes," Blaine told CTV News Ottawa.

Over 40 local organizations have benefitted over the years from funds raised at Blaine's events, with all the money going back into local programs.

"The Boys and Girls Club we've helped since day one," remarks Blaine. "The Robbie Dean Centre, mental health crisis centre as well. That one especially is near and dear to my heart."

Growing up in Pembroke, Blaine's parents say they are proud of their son who has made it a priority to never forget his roots despite now living in Nashville, Tennessee.

"It's all he ever talked about from the day he started his music career," says Blaine McEwen, Blaine's father. "He said, dad I want to come back and start this thing. And I didn't know how big it was going to get, and it's gotten really big and it's really good."

The day usually consists of rounds of golf throughout the afternoon, followed by a concert by local and Canadian artists in the evening. However, heavy rains earlier in the week prevented many from playing the flooded Pembroke Golf Club course.

St. Catherine's country music star Tim Hicks was fine having that decision made for him, remarking it probably wasn't his golfing ability that got him invited.

"Well I thought that probably he lost my scorecard from 2015 so he's forgotten how terrible of a golfer I am," Hicks tells CTV News. "But I'm always happy to come out and support such a great cause."

Hicks says he commends Blaine for stay connected to his hometown of Pembroke.

"I'm proud of him," says Hicks. "It's easy to get wrapped up in the Nashville scene and because America is so huge and so big and the music industry is so vast. But what I love about Jason is he's never forgotten where he comes from."

Despite having a hectic schedule whenever he returns home, Blaine's mother Cheryl says he always finds time for his favourite activity in Pembroke.

Poilievre preferred among Conservatives, but Charest favoured by Canadians: poll

Ontario MP Pierre Poilievre remains the heavy favourite to be the next Conservative party leader but he trails opponent Jean Charest for support among Canadians as a whole.

An Amber Alert issued on Monday for two Saskatchewan children has been extended into South Dakota. Saskatchewan RCMP say evidence uncovered during their investigation suggests the children may be in the U.S. state.

With inflation rising at its fastest pace in nearly 40 years, the cost of everything from food to gas has skyrocketed. Canadians across the country are feeling squeezed, but big families with multiple children are at times shouldering much of the higher costs — and changing demographics and consumer patterns have left some of them more exposed to inflation than in previous generations.

The ingredients in a 2,300-year-old ancient Chinese chemistry formula have finally been identified, revealing new secrets about metallurgy in ancient China.