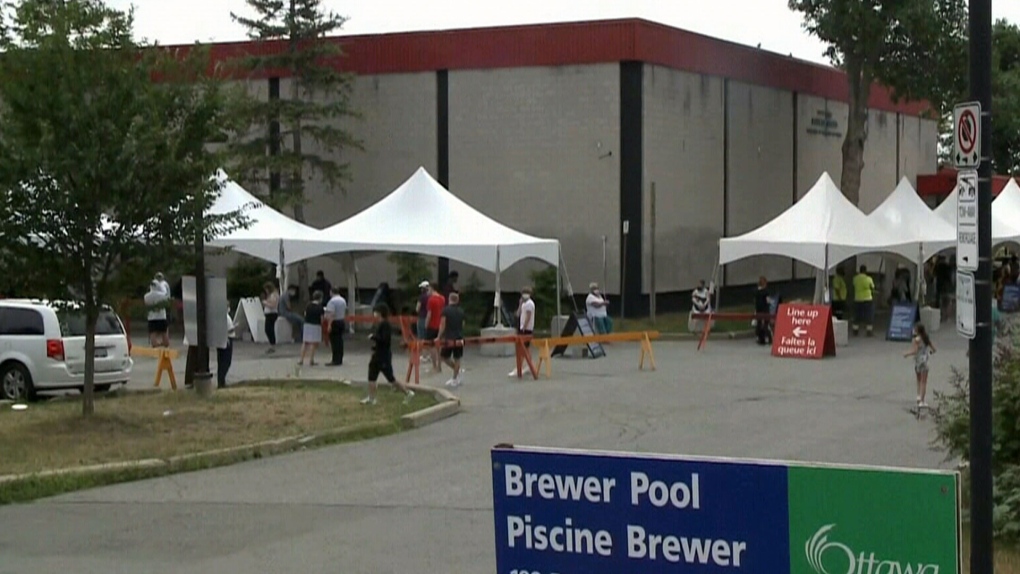 OTTAWA -- If you don't have a vehicle or access to one, getting tested for COVID-19 is a challenge for some people living in downtown Ottawa.

There is no COVID-19 testing facility located in Centretown, Sandy Hill, Westboro and Lowertown. The closest one is located at Brewer Arena near Carleton University.

Some Ottawa councillors are pushing health officials to open a new site downtown for those that can access COVID-19 testing by foot.

If you have symptoms of COVID-19, health officials are asking you to avoid using transit. That leaves student Steve Rubio with few options despite living downtown.

"Not having a car either, I can’t just drive over to a testing centre or do a drive-thru one, which are a lot quicker… It leaves out a lot of the population that can’t afford a car,” said Rubio.

A population, which councillor Catherine McKenney says is more vulnerable during the COVID-19 pandemic.

"Racialized communities, low income communities, have a much high risk of contracting COVID and often, these are the same communities that don’t have access to a vehicle," said the Somerset ward councillor.

McKenney is among the downtown councillors who have asked for a new site to be within walking distance. It’s estimated that 55 per cent of those living in the downtown core don’t have a vehicle.

"It’s not a call put out there just to make things more convenient, it’s a call to ensure that people who need to get tested and who are at a higher risk of contracting COVID to begin with - have access to those sites,” says McKenney.

Possible locations for a new testing site could include Ottawa City Hall, The Shaw Centre, or The Tom Brown Arena, but no definite plans have been announced.