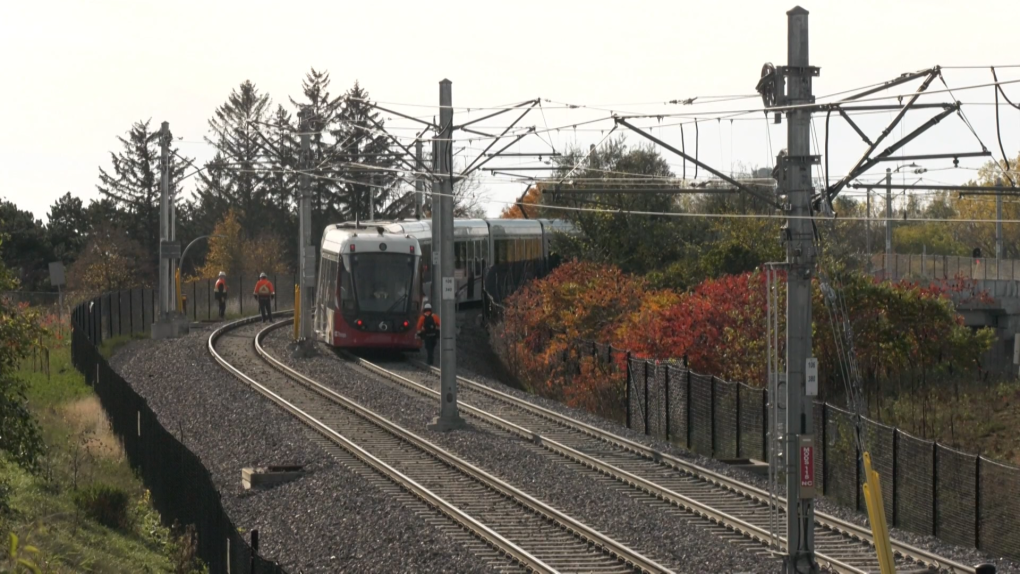 An Ottawa LRT car is on the track for the first time since the Sept. 19 derailment. (Jeremie Charron/CTV News Ottawa)

Two weeks after council voted to ask the auditor general to look into the LRT contract and system, McKenney gave notice of motion to present a new motion for debate at the Nov. 10 council meeting.

McKenney's motion asks the Chief Justice of the Supreme Court of Ontario to designate a judge to conduct an inquiry in two stages.

The first stage would look at all records and documents necessary to investigate and understand the facts and sequences of events from 2012 to the present regarding the approvals, development, costs, timelines and operation of the city's LRT system.

The second stage would conduct public hearings into the matters "designated in accordance with the principles of fairness, thoroughness, efficiency and accessibility."

McKenney's motion notes an auditor general's investigation into the LRT contract would be done behind closed doors.

"The residents of Ottawa both require and deserve to know by way of an independent, open and transparent public process the complete truth of how and why the LRT transit system became the largest, flawed capital project," said McKenney.

The Somerset Councillor asked the City Clerk whether the motion was in order, but Mayor Jim Watson said the clerk would rule at the next meeting on Nov. 10.

Council was set to debate McKenney's motion to call a judicial inquiry on Oct. 13, however, coun. Glen Gower moved a replacement motion recommending the city of Ottawa's auditor general examine the contract. Council voted 14 to 9 in support of the AG investigation.

Coun. Diane Deans suggested the mayor and councillors who opposed an inquiry are hiding something.

"What are you hiding? Why wouldn't you want to get to the bottom of this mess that is LRT? Why wouldn't you? To me there is only one reason, because you have something to hide. And this audit will make sure that what you have to hide never gets out in the public because the auditor can't investigate you," said Deans, who seconded McKenney's new motion for a public inquiry.

Coun. Carol Anne Meehan is calling on city staff to conduct a side-by-side comparison of the Confederation Line with construction on the Trillium Line.

SNC Lavalin, one of the partners of Rideau Transit Group, is also part of TransitNEXT, designing and building the line from Bayview Station to Riverside South.

The motion was referred to the meeting of the finance and economic development committee meeting in December.