Cornwall's Port Theatre surviving pandemic thanks to a local photographer

CORNWALL -- A historic theatre in the city of Cornwall is trying to stay afloat as the COVID-19 pandemic carries on, and a campaign by a local photographer has been set up to help.

The Port Theatre in the city's downtown should be celebrating its 80th anniversary in 2021, but with the ongoing pandemic, it's been a rough go.

"We've been closed, lockdown, nine of the last 13 months," says theatre owner Larry Sylvain. "It's been quite hard. The bills don't stop, they keep coming in."

The theatre had grown its client base steadily since Sylvain took it over in 2015, offering movies and live shows.

"We nurtured live performances and they sort of came to a good point in 2019 and moving forward we had great plans for 2020, and everything was in order," Sylvain said.

"We had seniors who were coming on a regular basis, we had a Tuesday night special and we had live events that we did probably two to three times a month," said Sylvain, adding comedy and fashions shows were also happening.

But Sylvain says with the extended lockdowns, he feels like they've been left behind.

"We looked into subsidies and unfortunately we fell through the cracks on a lot of them," he said. "We did get funding from Telefilm and that's sort of helped out a lot but that got chewed up pretty quick."

Then during a photoshoot with local magazine Cornwall living, photographer Jason McNamara of Framed Photography and Sylvain got talking.

"COVID came up, lockdowns came up, financials came up and we were just talking, because we have both suffered, even the artists, we've been shut down a lot. It's been difficult," said McNamara. 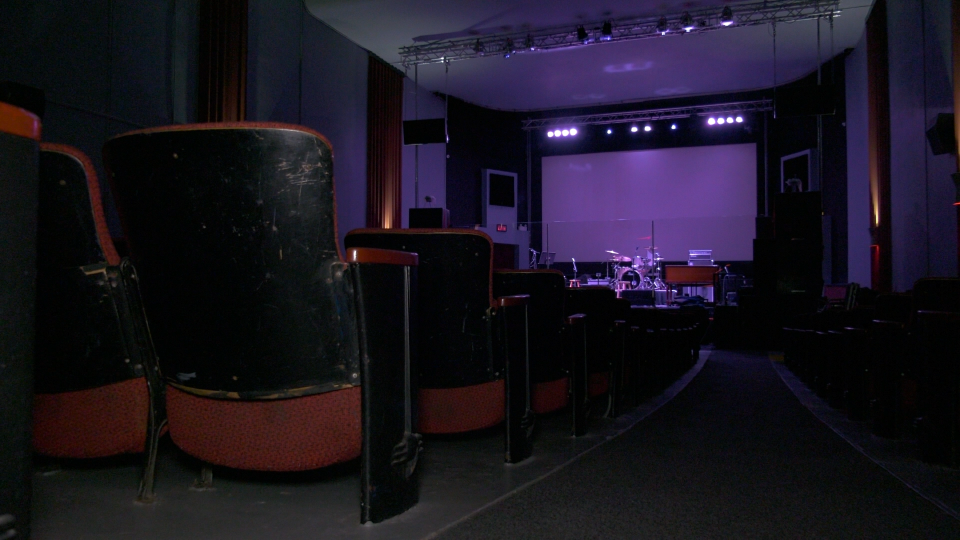 And McNamara came up with an idea, using one of his photos of the Port Theatre he shot a decade ago.

"It was pretty popular right off the hop. I've sold quite a few of those (photos)," McNamara said. "My family has eaten. I've literally given my kids food because of this and to see somebody struggling, I thought maybe I'll throw it up on Facebook see if we can make a few bucks and by you some time, that sort of thing."

He threw the photo up on his Facebook page and people started responding, with McNamara offing a digital print of the photo with a donation to the theatre.

"Social media, it's pretty fickle," McNamara said. "You put something up maybe it gets looked at a dozen (times). I thought maybe we would make 5, 10, 100 dollars, who knew. I didn't know if it was going to catch on or not."

Catch on it did, and more than $3,500 of donations has rolled in over a few weeks.

But it's also brought in more than just money.

"I've come up with a takeout popcorn from 1 to 4 p.m. daily, which would be a curb side service, and what's happened is I get phone calls or people stopping by and just to discuss the history of the theatre and ways that they can help and how to get the digital file or how they can donate to the theatre," Sylvain said.

On Thursday morning, a 93-year-old woman dropped off a cheque at the theatre.

"She told me that she was in the first line to come to the grand opening of the theatre in 1941," said Sylvain. "She said she probably couldn't live with herself if she didn't help the theatre survive." 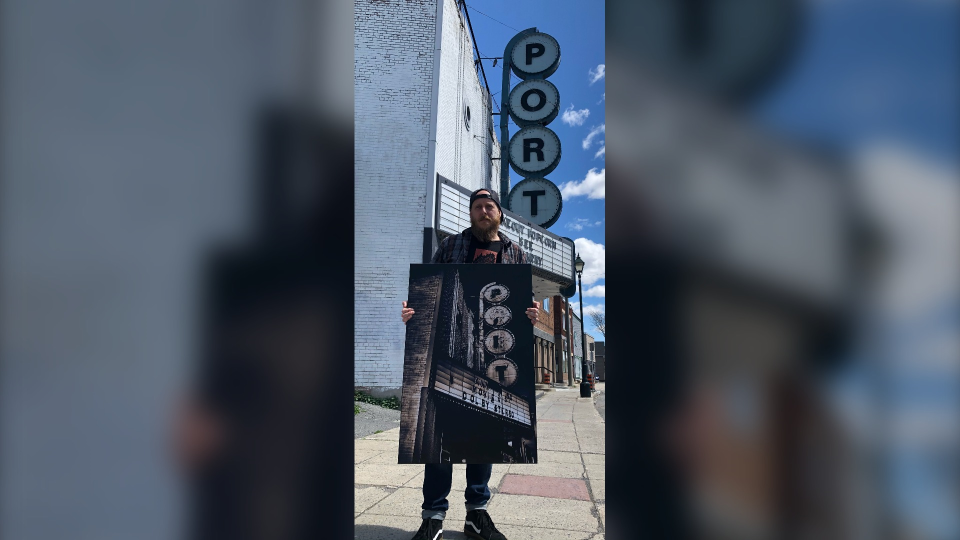 "How much would you spend on a cherishable memory?" McNamara added. "This place is full of them and I hope people understand that and start to come back to these brick and mortar places instead of sitting at home. You make zero memories watching a Netflix movie. Coming here with your children, your significant other, that's stuff you'll have for a lifetime so I hope people get back to that."

"It creates awareness," said Sylvain. "I'm trying to move forward and be ready when the normalcy comes back and to do that we need to keep afloat, and I hope I don't sound desperate or anything but the thing is, any donations are appreciated."

"Everybody can identify with this situation," said McNamara. "And I think it's nice that they are willing to help out."

To donate directly to the port theatre you can email Larry Sylvain at info@theporttheatre.com