CORNWALL, ONT. -- The COVID-19 pandemic has not been easy for many, but for one 72-year-old Cornwall man, it's inspired him to try something new.

"Because of COVID, when you're retired, you seem to get bored because you can't do things that you'd like to do," said Roland Besner, standing in his woodworking shop.

Woodworking is a hobby he started when he retired, making small furniture in his spare time.

"It's a total hobby. I prototype things and draw my own plans. I take the rough lumber and make something and very seldom will I make two of the same, but this is a special thing," Besner said about his latest project.

Besner had heard about kids learning from home not having the proper space and decided to make desks in his small shop.

"My wife and I decided that we'd build twenty desks and hand them out to kids who are registered in virtual learning and also for parents who couldn't afford to buy their kids one," he said. "The idea behind it is to get the kids off the kitchen tables, to get them off the couch or get them off their bed where they're laying down and this way they could have their own desk to work on."

Besner finished the first 20 desks last week and has started on the next order to build 20 more to be given away, all for free.

The look of the desk came from pictures he had seen online, so he just starting playing around in his shop a few weeks ago.

"Online, they don't give you the dimensions, so I had different ideas," Besner said. "We ended up with a size that I think is perfect. If it's for a smaller kid, all they have to do is take a little bit off the legs to lower it."

Each desk takes Besner about two days to make. 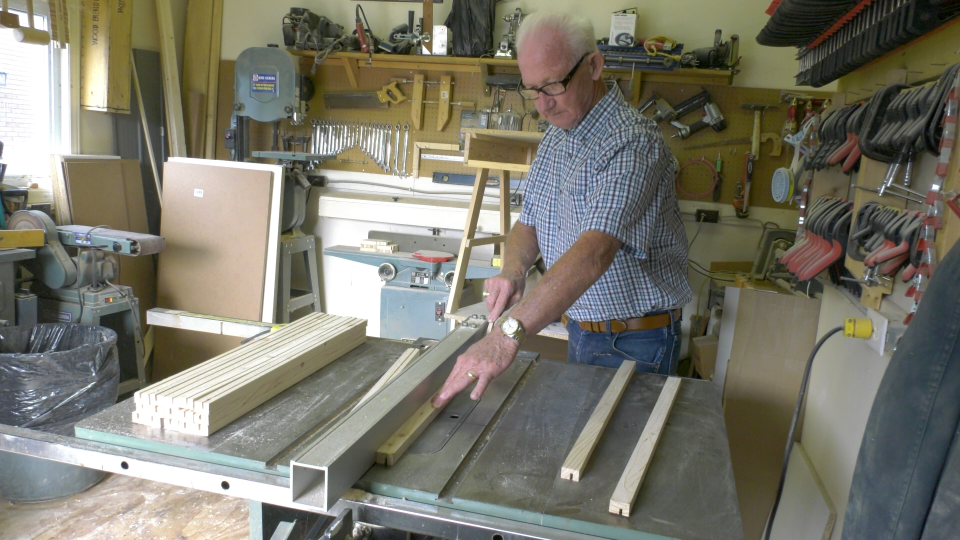 "One desk would take me, probably, a couple of days between all of the cutting. The assembly takes the longest. It takes me a hour and a half or so to put it together," he said.

Besner's wife, Monica, says at this time of year they would normally be travelling and visiting their children in western Canada and California.

"We really can't do much of anything because of COVID, so it gives him something to do," she said with a smile.

"At our ages, it's really good to keep your mind busy and your body active. I'm very proud of him for doing this. He's been working many, many hours and neighbours said to me the other day 'does he get up during the night to do this?'" Monica Besner added, with a chuckle.

Besner hopes others who share the hobby and have the time will join him, so that even more kids will have their own workstation at home.

"I know, locally, there's a number of people that are like me that are hobbyists and have a garage or a room that they are building things. I'm hoping that somebody will pick up on the idea. Either take this one and do it or another idea for the kids and that would be really, really nice," Besner said. 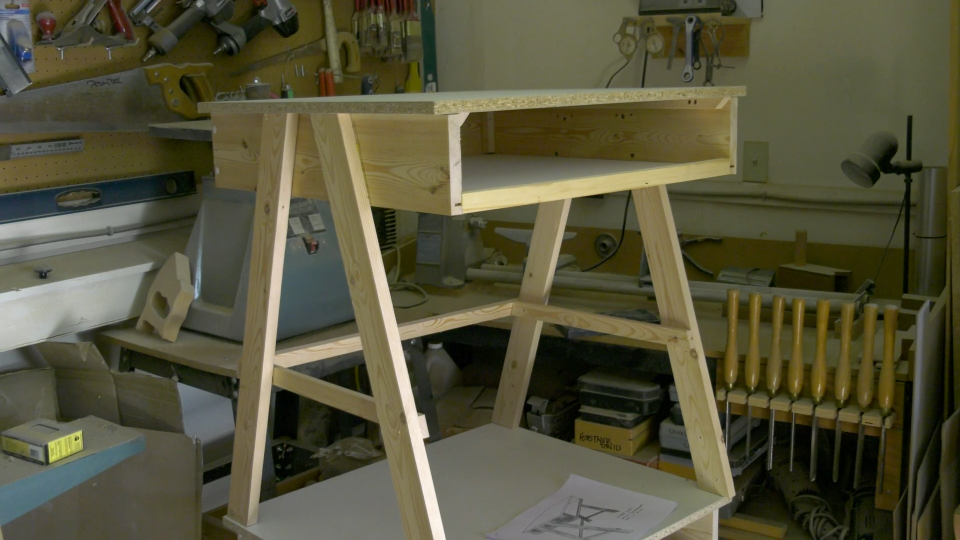 "If only one person would do it, great, but I'm hoping to see 50 or 100 people doing it because its for the kids," he added.

People have reached out to offer help, but Besner has turned them down

"One even went as far as calling me a hero. I'm no hero. I'm just trying to do something for the kids," he said.

The Cornwall Optimist Club has offered to cover material costs for the second batch of 20 desks, for which Besner said he is thankful.

"I like making things. I'm happy. I'm happy we have those forty requests and, if necessary, I'll build another 20." Besner said.

Besner said anyone looking for a desk for his or her child may contact him by email.