CORNWALL, ONT. -- Santa Claus will return to the streets of Cornwall, Ont. this November, with that city one of the first in eastern Ontario to host a parade despite all of the ongoing challenges during a pandemic.

"We met as a committee and considered all the factors," said Terry Muir, Cornwall Santa Claus Parade committee chairman.

"Trying to weigh safety concerns against the mental health of the community, and what it's going to take to put smiles on people's faces. So as a group we made a decision to proceed with a full event this year," Muir said.

"The response has been overwhelming. People are very happy," he added.

The parade will begin at 5 p.m. on Nov. 20 at St. Lawrence Secondary School, and proceed west along Second Street, ending at Augustus Street.

The Ontario government announced last week that parades would be allowed under the province's reopening plan.

However, many towns and regions have already cancelled their Santa parades. 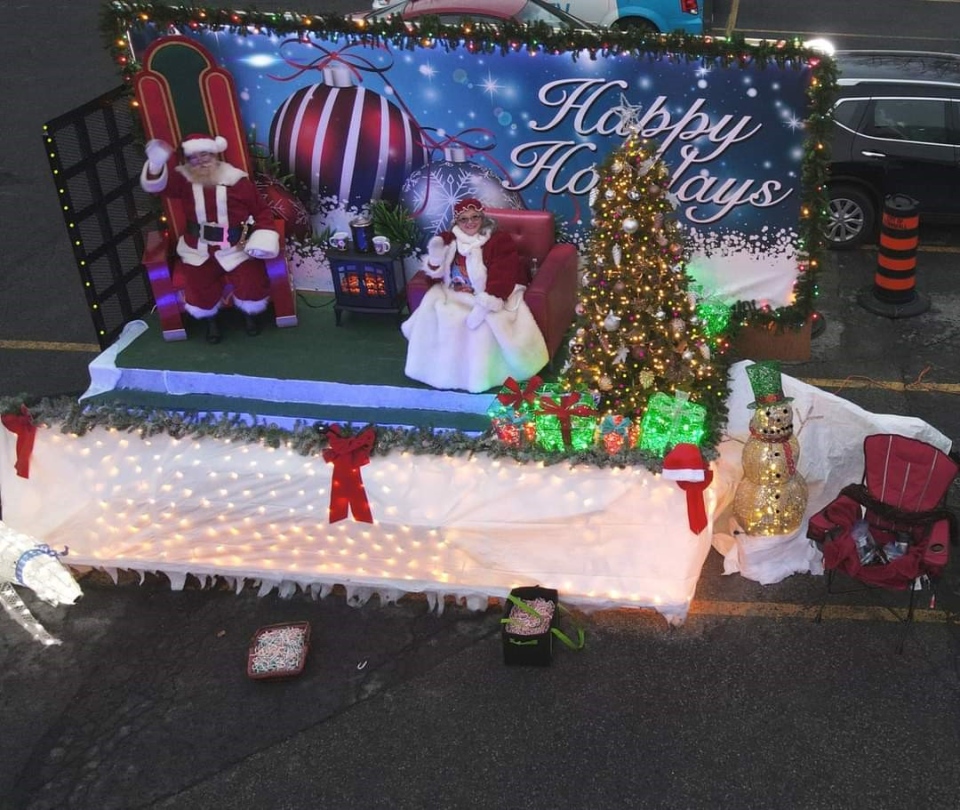 Cornwall does need to be cautious, according to Eastern Ontario Health Unit medical officer of health Dr. Paul Roumeliotis.

"The bottom line is it's outdoors, obviously you need to take some of the precautions, don't go when you're sick, and if you can't social distance you should be wearing masks," Roumeliotis said.

"In parades very typically if you're standing on the sidewalk with a lot of other people I would highly recommend masking but again I am waiting for the regulations that will be coming out very shortly by the government," he added.

He says eastern Ontario's case counts for COVID-19 are improving, with positivity rates on par with the rest of the province.

"Our numbers have dropped about 60 per cent week to week as compared to a couple weeks ago, so I think at this point we're not a hot zone anymore," he said. "I'm not as worried that I would have been two or three weeks ago obviously."

Renfrew is one of the only other towns planning some Christmas cheer, with a standstill parade this year.

Cornwall residents on Wednesday were excited to hear the news, saying they are ready to get back to some form of normalcy.

"I think it's a great thing to see people out there and kids enjoying themselves and getting people together again," said Tony.

"It's good for the kids. The kids need that this year," added Elaine.

"I think if we safely view the parade, physical distance, wear masks if needed and required then I think we should be fine," said Kimberley Casselman, who works in Cornwall.

"It's exciting. I think it'll be great for the kids to get excited and in the Christmas spirit," she added.

Muir says he expects float numbers may be down this year, with just weeks to prepare. Usually the parade would see around 40 to 50 floats in the parade.

"We're hopeful to get at least half of that this year. I know it's short notice and people have to put a lot of work into them," he said, adding this year is a big milestone for the parade.

"We've been around since 1971 in this area and we were really hopeful to be able to have a regular parade this year and it looks like it's going to work out," Muir said.

"The hope is that people will be careful regardless and just watch out for each other."

He says he has already put a call in to Kris Kringle himself to confirm his spot on Nov. 20.

"Santa says he's ready. He's been away from everything, he's pretty safe up there so he's willing to come down and visit us again," Muir said.