A Cornwall developer says a dispute with the city has stopped construction on numerous projects in the downtown core, including a plan to build 200 affordable housing units by 2026.

Aaron Bell is CEO of Rothmar Holdings, a local company that owns approximately 25 properties in downtown Cornwall, including commercial, residential and development properties.

But construction on some of those developments has been stalled since December 2021, with the city denying permits.

"The white building, that was to be five residential units," Bell states, as he points to a vacant building on First Street West near Pitt Street.

"So a year, the people have not been able to live in the downtown.

"We had pledged to Cornwall Housing and to the manager of Social Housing that we would bring 200 affordable units to the downtown by 2026, and we had offered to give them complete control of all 200," Bell added, noting he started to invest heavily in the downtown area in 2019.

"We've had an excellent relationship with the city, especially economic development group," Bell said. "They've been very supportive to what we are doing and it's been actually a pleasure working with the city, up until now." 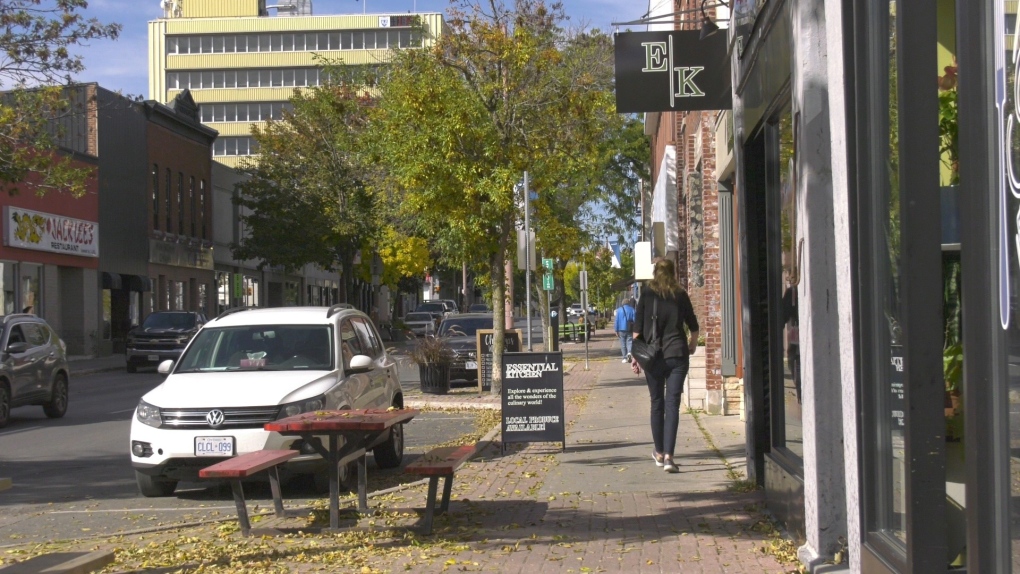 Rothmar has already transformed more than a dozen vacant buildings into useable space, working closely with the economic development group, who have even pointed out properties that could be turned around, and promoting the downtown revitalization on the Cornwall website.

Now, Rothmar has filed four applications in the Superior Court of Ontario to get answers on why some of the permits have been denied.

"People are without homes right now because of this situation," Bell said. "We've got two commercial tenants right now that we have been struggling for months to get permits so that they can open."

Bell said he has had meetings with Cornwall Mayor Glen Grant, Cornwall CAO Maureen Adams, and General Manager of Planning, Development & Recreation Mark Boileau on how to rectify the situation, but no questions have been answered.

"Basically, we went to the city and we asked how do we remedy this or how do we move forward," he said. "We were told on February 3 that there would be no movement, and so February 10 we filed in Superior Court of Ontario."

Mayor Glen Grant would not comment on the situation when reached by phone, saying it is before the courts.

However, the situation is news to Cornwall City Councillor Justin Towndale, who's also running for mayor, and found out about the court case on Monday before the mayoral debate.

"I can say with absolute certainty, this has not come to council," Towndale told CTV News Ottawa. "There has been no discussion about it at the council table and that's why I was floored, because this is a serious matter that dates back to February of this year."

He says the city should be partnering with developers who want to bring more affordable housing to the city.

"It's a big investment to build affordable housing and a lot of private developers don't want to do it," Towndale said. "Mr. Bell was willing to do it and that would be a huge benefit to the city."

"We have a waitlist, I think it's over 700 people who are waiting for affordable housing, and here Mr. Bell is looking to build 200 hundred units and that's something we need to be doing," Towndale added. 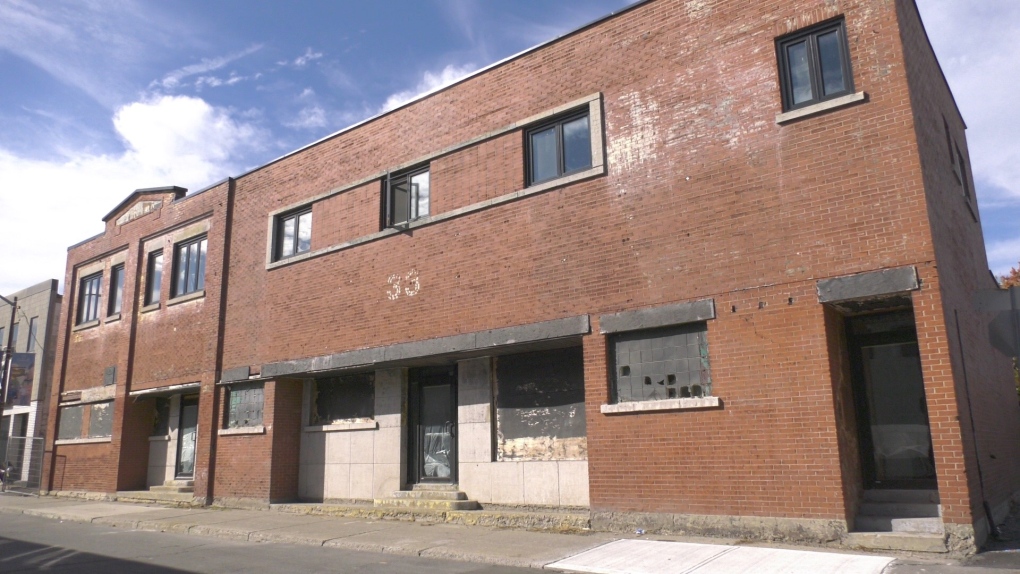 In an email to CTV News Ottawa, Mark Boileau states the developer launched the case, "To resolve a difference of interpretation regarding the applicability of the Ontario Building Code to these projects. Our suggested course of action was to present the files to the Ontario Building Code Commission, which is customary in these disputed matters. The owner has chosen a different approach."

Boileau went on to say that, "The City of Cornwall is very committed to accommodating further development of housing in the city, and particularly in the downtown."

Downtown businesses along Pitt Street say the dispute is affecting their bottom line.

"We've seen the slowdown in downtown Cornwall because of this and it's a real shame," said Bill Halman, co-owner of the Happy Popcorn Company in a building owned by Rothmar.

Halman has plans to revamp their 11,000-square-foot basement into a family entertainment complex.

"We were primed and ready about four months ago to kind of get started on this and then everything has just stopped and we haven't got any answers why yet," he said.

"When you see stores that can't open because construction has stopped inside their buildings and permits aren't being issued or being revoked, you know there's a problem," he added.

"In our eyes, we would expect our elected officials to start mediating these two sides, the business side and the administrative side of the city, get together, start talking, get things moving," Halmar added.

Stacia Carlton of Essential Kitchen on Pitt Street, another Rothmar property, says the positive things that have been happening in the downtown are now suddenly under a dark cloud.

"It's very evident to most people, from everyone I've talked to, we all say the same thing, 'Why? Why is this happening?' There is no good reason for it," she said,

"There's some negative vibes downtown because of it, absolutely," she added. "Downtown Cornwall is, and could be, even more beautiful than it is. What has happened so far is gorgeous, and people are thrilled with that aspect it's just, it's so confusing as to why the rest is being halted."

"Along with our professionals, it seems to mystify everyone that hears about it," said Bell. "Why something that seems to be at the top of minds, for not only our taxpayers but also for the politicians, that affordable housing is the number one priority and yet somehow, we aren't able to get the permits to build this housing."

"I think it's important to note that the city already had that permit longer than the code allows them to review the permit, and now he's saying it's revoked and needs longer to review it," Bell said.

"We've been asked to provide another drawing for them, which was provided, and we still have no permit. So that's another business that is stalled, not being able to open," he added.

Bell said he was not planning to go public about the situation, but with being held up since February, and the recent permit that was revoked "was the last straw."

"We've lost this entire (construction) season and these houses have not been built," he said, noting the local trade industry has also lost work with projects halted.

"It doesn't seem to make any sense. My lawyers, my professionals that I work with. It's frustrating."

CTV News reached out to the firm representing Bell, Perley-Robertson, Hill and McDougall, who are based out of Ottawa.

Partners Joshua Moon and Andrew Lentz said the situation is puzzling, and while the city of Cornwall has retained counsel, they haven't engaged with them on the merits since being served.

"I will say that when I go through the evidence I found that the position at the city puzzling and maybe in the course of time they will give us a reason to change our mind, but I haven't seen anything right now," Lentz said.

"It's unusual for a council to not be aware," Moon added. "This is a fairly significant piece of litigation in that the Chief Building Official is being challenged on four different properties, four different decisions."

"The stakes are high too," Lentz added. "They are high for the city and they are also high for our client. Our client is trying to do things in Cornwall and is being rebuffed and he's not sure why."

CTV News Ottawa reached out to the other two candidates running for mayor of Cornwall for comment, but did not receive a reply by the publication deadline.