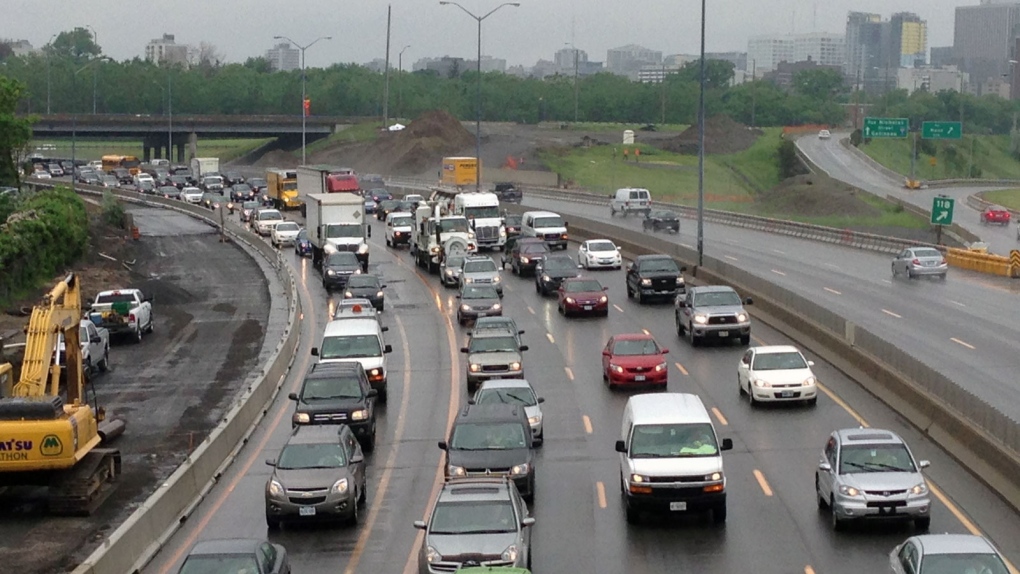 OTTAWA -- Ottawa motorists are sitting longer in traffic jams, with Thursday afternoon being the worst time of the week for congestion.

Ottawa ranks 4th in Canada and 139th out of 416 cities around the world in the annual Traffic Index by TomTom.

The navigation systems company says Ottawa’s congestion rate was 29% in 2019, up 2% from 2018. The congestion rate of 29% means the average trip on Ottawa roads takes 29% longer than it would when roads are clear.

The survey finds congestion is higher on Ottawa's city streets than on highways.

In Canada, Vancouver has the worst congestion rate at 39%, followed by Toronto and Montreal.

Bengaluru, India is the worst traffic congested city in the world, followed by Manila and Bagota.

According to TomTom, the worst time of the week to travel on Ottawa roads is Thursday between 4 and 5 p.m.  On the morning commute, Ottawa’s roads are most congested between 8 and 9 a.m. on Tuesdays and Thursdays.

TomTom says it calculates the baseline congestion level per city by analyzing free-flow travel times of all vehicles on the entire road network 365 days a year.