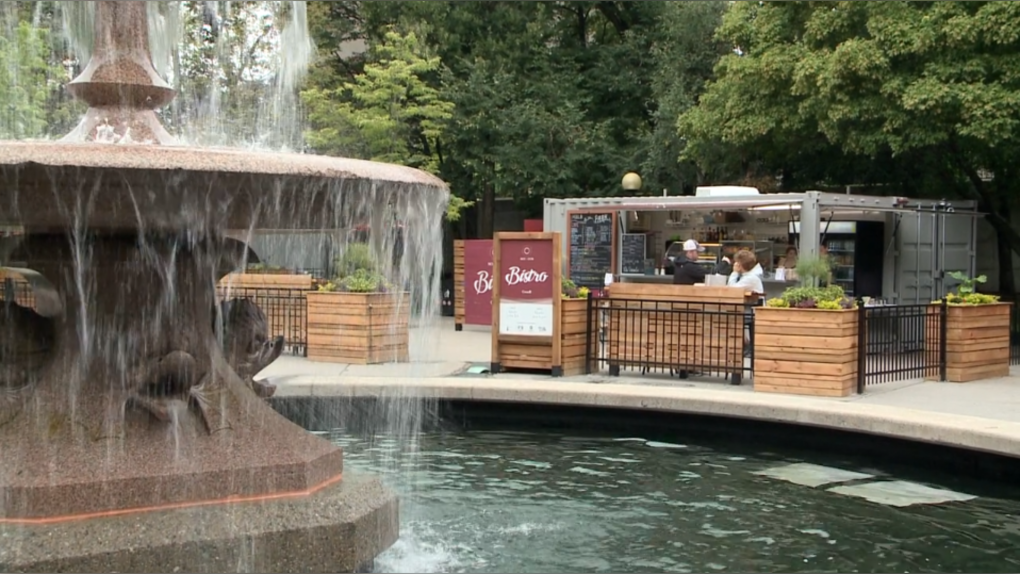 OTTAWA -- The National Capital Commission is touting a "return to normal" in Confederation Park.

In a press release, the NCC says nearby infrastructure work is finished, rehabilitation on the fountain is complete, and a pop-up bistro is back in the park in the heart of downtown Ottawa.

The Colonel By fountain needed significant repairs and was fenced off for roughly eight months. The NCC says that work is now finished. Work on the city's new combined sewage storage tunnel, which had blocked off the eastern end of the park overlooking the Rideau Canal, is also complete, freeing up the open field.

This is the second year the bistro has served up fresh food in Confederation Park.

“The opening of the NCC Bistro along with the rejuvenation of the Colonel By Fountain means this appealing and storied urban green space is an ideal spot for residents and visitors to enjoy the outdoors or grab a snack in close proximity to some of the main attractions of the Nation’s Capital,” said Tobi Nussbaum, Chief Executive Officer of the National Capital Commission.