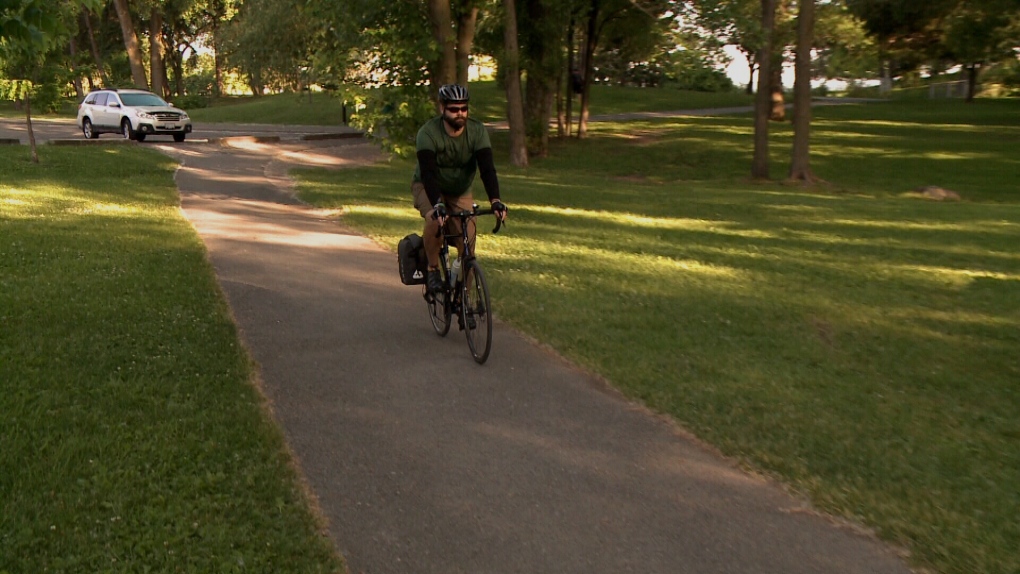 You've heard of "Park and Ride."

Well, what about "Park and Cycle?"  Some Ottawa cyclists are furious they've been ticketed for parking at city-owned parks along the Ottawa River.  They're using the sites as halfway points to commute to work.

On any given day, there are a handful of commuters using the parks to do the "switchover”; park their cars and continue on bike.  Except the city says that's not what those parks are for.

It's 7 a.m. and Patrick Pearce is on the second leg of his journey to work; by car from Kanata and then by bike to Booth Street.  Andrew Haydon Park is about the halfway point for him.

“From Andrew Haydon into the office, it's about 15 kilometres,” Pearce says, “So it is an ideal distance for the morning and evening commute.”

He's not the only one who thinks that way.  There are about a dozen or so regular commuters using Andrew Haydon to "park and cycle."

“I bike from Stittsville 2 or 3 times a week,” says cyclist Kevin Malloy, “and I park here. It's half the distance right and it's so safe too because the path is right there.”

“I've lived in the city for 30 years and I've been doing this for at least 5 years,” says cyclist Deborah Dalton Kischel, “and all of a sudden to see that now, it doesn't make any sense at all.”

What's got Deborah Dalton Kischel steamed is a $95 ticket that several commuters got here a few weeks ago.  Patrick Pearce was one of them.

“That's what's surprising,” says Pearce, “We have a city that wants to be multimodal and is committed to cycling and this is win-win for commuters as well as city.  You get more vehicles at least off the road going into the downtown core.”

Pearce took the issue up with his city councilor who took it up with city staff.

Councilor Marianne Wilkinson's idea was to try the park as a pilot project - allowing cyclists who were commuting to park there.  But the idea didn't fly.

“I got turned down,” she says, “That parking lot is for people doing something only in the park and then they leave.  These people are leaving their cars there for 8 to 10 hours.  That's the issue.”

“Parking at all recreation sites is restricted to clients who are using the facilities,” said Dan Chenier, the General Manager of Recreation, Culture and Facility Services Department for the city of Ottawa, “Individuals who park at recreation facilities for long periods without a site-specific purpose may be subject to enforcement, which is conducted largely on a complaint basis.”

“I use the facilities,” says Dalton Kirschel, “I've walked through the kids’ park.  There is no time frame on the sign.”

“I admire people who cycle into work, it's better for the environment,” says cyclist John Smit.

Wilkinson raised the issued at Ottawa city council Wednesday, looking for input on how the city can make this happen.  In the meantime, cyclists say if the tickets continue, they may be forced to park their bikes and drive their cars.

The National Capital Commission introduced this program several years ago, offering about a dozen Park and Cycle locations with about 500 free parking spots.

Cyclists argue if the NCC could do it, why can't the city.