OTTAWA -- It is hard to imagine how someone would react to something so horrific.

Facing a badly injured arm, trapped in a piece of farming equipment, Justin Birch called 911 himself with his free hand while working on a farm in Cumberland last Sunday. 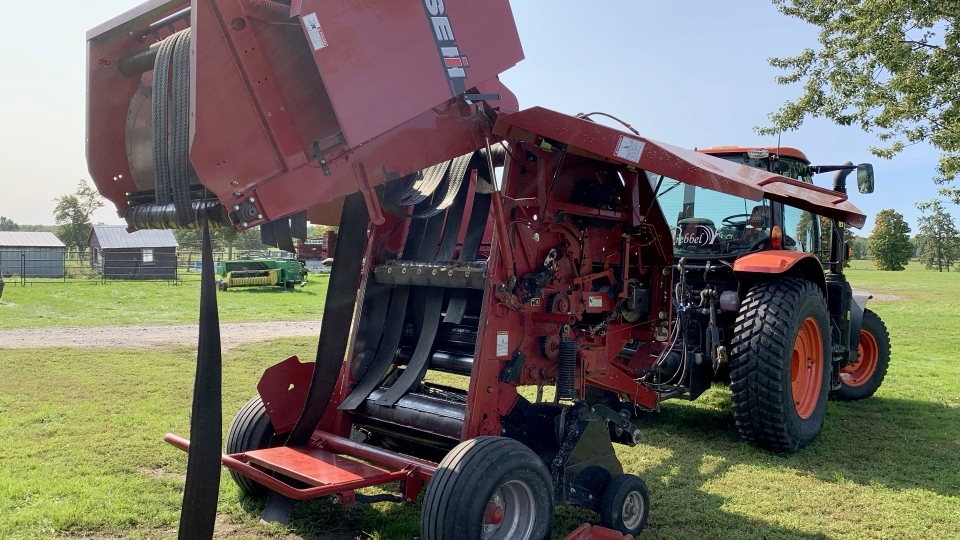 "It just takes a split second for an accident to happen and your life changes," says Mike Birch, Justin’s Dad. "By the grace of god he had his cellphone on and he could reach somebody and even make his own 911 call. Tough cookie, tough cookie."

Justin was rushed to the Ottawa Hospital Civic Campus and has undergone several surgeries. It is likely he will need more and lose part of his arm.

"Whenever you hear about farm accidents, rarely do people walk away from them. There’s a lot of ways it could have been a lot worse. He was on top of it, let alone if he fell down," says Justin’s brother Gordon Birch.

Family members say even with the trauma that he has suffered, Justin is still anxious to get out of the hospital and back to work on the farm. 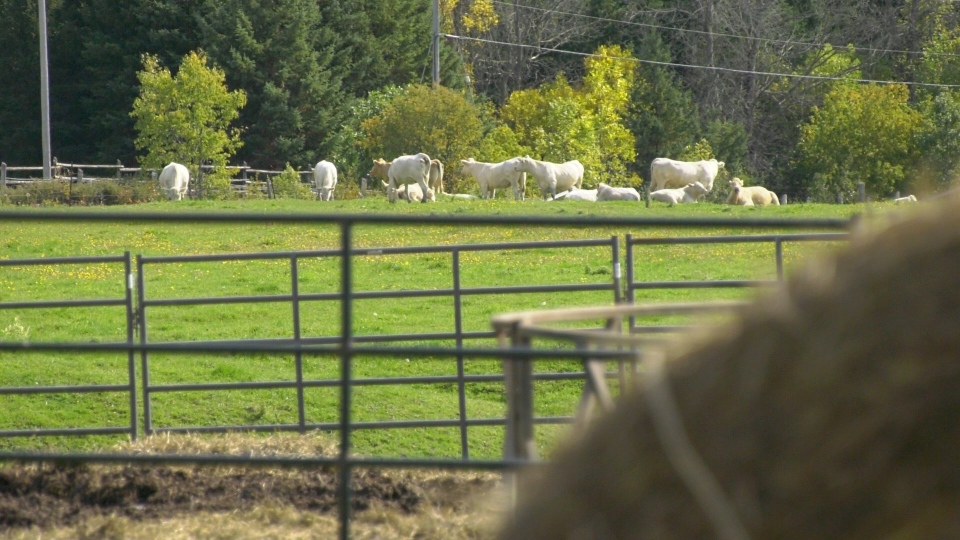 "We know that as soon as he comes back to the farm, he’s gonna be right there trying to feed the cows and fix the machinery. Even with one arm," Says Melissa Leduc, Justin’s girlfriend.

By all accounts, Justin is a very tough young man. He’s served in the army, is a volunteer firefighter, and his response to the accident didn’t surprise many who know him.

"Fire chief was here yesterday and he said, to see a guy get out of that predicament, and basically carry his wounded arm in his hand to the stretcher, he said he’d never seen people with that much stamina," says Mike Birch.

Over the past few days, dozens of family, friends and even strangers have been coming to help on the farm. Lorenzo’s Pizza in Orleans created a "Birch Special", with 30 per cent of the proceeds helping with his expenses and rehab.

"I seen him yesterday in the hospital. He’s got a good outlook," says Mike. The community support has been phenomenal. It’s just left us speechless."

"When he saw the amount of money that was donated, and has continued to be donated to him. It left him speechless," says Armstrong.

Justin responded to all the support on the GoFundMe page: 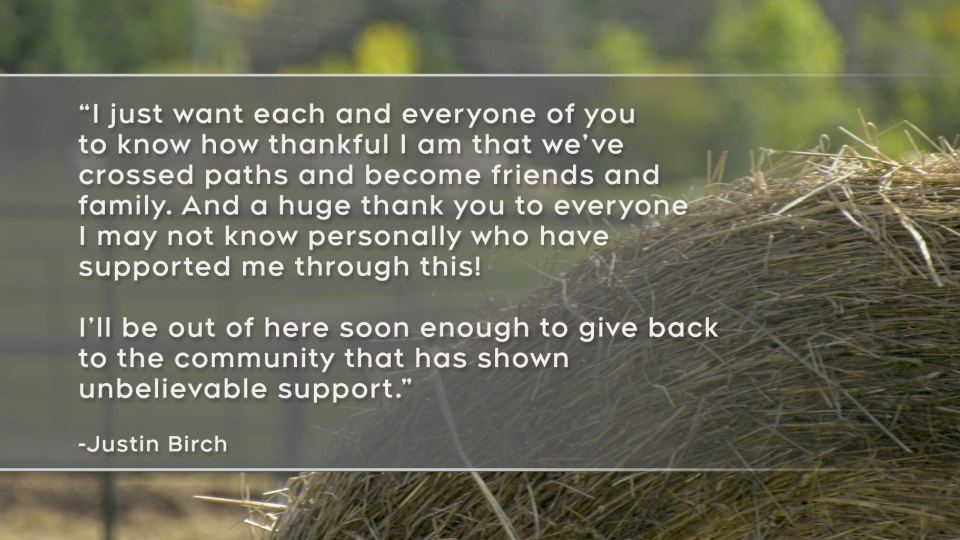 So another week or two in hospital and then he’ll be back home. Where he says he will be ready to get back to work as soon as possible.