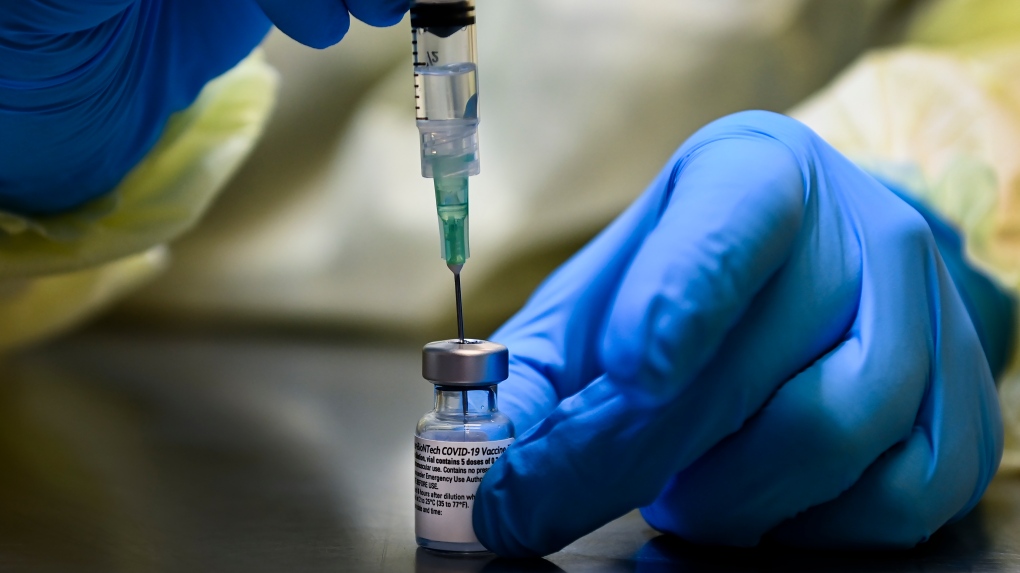 OTTAWA -- With no new shipments of the Pfizer COVID-19 vaccine coming to Canada this week, city of Ottawa officials say they don’t know when to expect the next batch of doses from the province.

Health officials told councillors during a technical briefing on Tuesday they are ready to ramp up their vaccine campaign as soon as supply allows.

But the immediate focus, with limited doses is to administer second doses to residents of long-term care homes, and first doses to people in retirement homes.

With vaccine shipments on hold, the province is asking every public health unit to take stock of the vaccine doses they have, said Anthony Di Monte, the head of the city’s COVID-19 vaccination task force.

“Then they’re looking at our priority long-term care list to get their second doses, and then what do we have left and what needs to be moved around,” he said.

The province is delaying second doses for some people in order to focus on long-term care homes and high-risk retirement residences. Ontario health officials said Monday every long-term care resident will receive at least one vaccine dose by Feb. 5.

More than 92 per cent of all long-term care residents in Ottawa have received their first vaccine dose. The city has administered nearly 24,000 doses of the Pfizer vaccine since inoculations began six weeks ago.

Pfizer is reducing deliveries because it’s retooling its manufacturing plant in Belgium to boost its annual output by 700 million doses.

Di Monte said it will be several months before the vaccine is available to the general public in Ottawa.

“We ask everyone: please remain patient,” Di Monte said. “It will take some time for Ottawa to receive the vaccines we need from senior levels of government. Once we do, we’ll be ready.”

The city says its plan will eventually allow it to vaccinate 10,800 people per day, through a combination of pharmacies, mobile vaccination teams, hospitals, doctor’s offices and seven community clinics. The city has already identified four of those sites.

A survey conducted for OPH showed 80 per cent of the population is willing to et the vaccine. But Ottawa Public Health is working to address vaccine hesitancy, including a new campaign to tackle misinformation about the vaccine.

Here’s what the vaccine rollout will look like in Ottawa, pending supply: