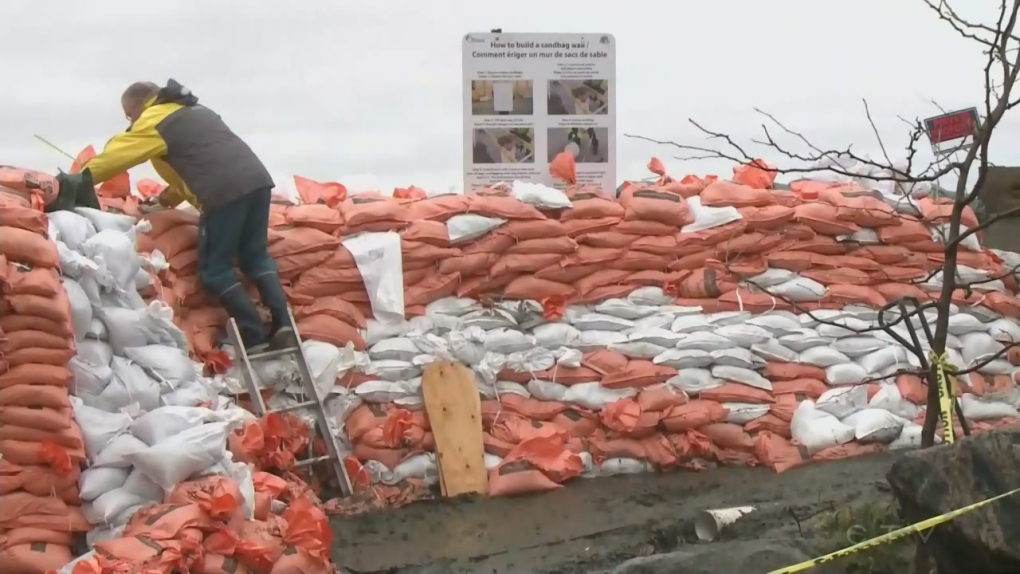 Some 800 City of Ottawa employees will be cleaning up sandbags instead of working on their normal tasks this week.

At a press conference at City Hall Thursday, General Manager of Emergency and Protective Services Anthony Di Monte said the goal is to help move residents toward a sense of normalcy more quickly. He adds with summer approaching, the City is hoping to get back to non-emergency operations.

“We hope this intensive co-ordinated effort will us move more quickly for these residents, so they can start taking stock,” he said. “It’s extremely important for us to get this moving along. As well, we’re starting to plan all our major summer events so we want all these operations and the state of emergency to be behind us.”

Di Monte said the City’s senior team will remain a state of emergency for the time being, to keep the whole City apparatus focused on the priorities of the community.

Employees will be diverted from their day-to-day duties, like cutting grass for example, to the sandbag operation for at least one day. Di Monte said there may be some overtime, but it will primarily be a deferral of current operations, similar to other events like major snowstorms, where some staff are diverted to help deal with the storm for a day or two.

Di Monte said staff will assess how much can be accomplished after the first day, to see if City workers will be required for a second day or more.

“A million sandbags, with this tasking, what can we get accomplished in a day?” He said. “We’ll analyze what that means. It may be more than two days. We may go over the weekend as well.”

There have been some calls for the City to bring the military back to remove sandbags they had put down, but Di Monte said he feels the army could be of more help somewhere else.

“We’re in another state now; we’re in a state of recovery. We feel [the military] did tremendous work for us when we needed them. It’s a point of now it’s a time for recovery. It’s not an emergency response. I think our military assets can be used elsewhere in this country.”

He said having City workers come in is a way to meet the needs of citizens without military help.

The call for volunteers remains strong, however. Di Monte said he hopes the nice forecast this weekend will bring people out.

“We hope that people can take some time this weekend,” he said. “Remember, our neighbours and friends have been impacted by a significant flood event and some of their lives have been destroyed so, if you can give some time, a morning, an afternoon, we’re asking for volunteers.”

You can find more information about how to volunteer on the City’s website or by calling 311.