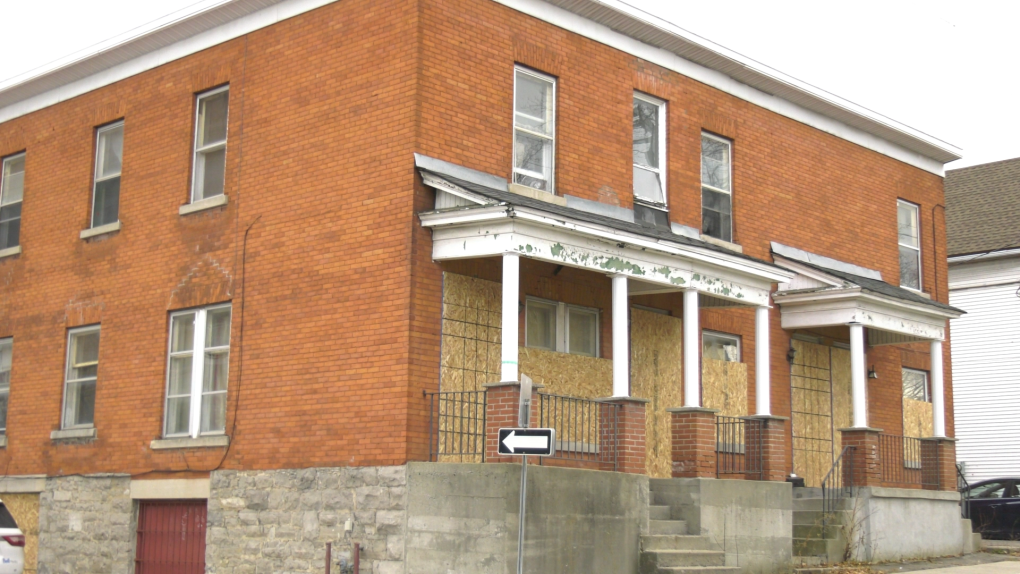 Hintonburg resident proposes the City of Ottawa should introduce a levy on landlords who leave their buildings empty. (Shaun Vardon/CTV News Ottawa)

OTTAWA -- The city of Ottawa stands to make $36 million over the next six years from imposing a tax on empty homes, a new report says.

The report for the finance and economic development committee outlines the possible implementation of a residential vacant unit tax in the city, with a tax rate of one per cent. In December, council approved a motion directing staff to study the feasibility of imposing a property tax on vacant residential units, with the money supporting affordable housing.

"The tax will also reduce the number of property standards issues by motivating property owners to exercise their options to resolve the outstanding issues," says the report for the June 1 committee meeting.

A residential unit would be considered vacant if it has been unoccupied for more than 184 days in the previous calendar year.

Staff estimate between 760 and 3,000 homes are considered vacant in Ottawa. Under the assumption there are 1,500 vacant units, a one per cent residential vacant unit tax would generate $6.6 million in the first year, with an additional $29.4 million for the following five years.

The city estimates the start-up costs for the tax would be $3.5 million over 2.5 years, after which the ongoing operating costs would be $1.3 million a year.,

Vancouver is the only municipality in Canada charging a tax on vacant residential units, currently at 1.25 per cent of the assessed value of the empty home. The city of Toronto is currently developing a residential vacant unit tax.

A city of Ottawa survey found 77 per cent of respondents support the idea of a residential vacant unit tax, and 72 per cent support a tax rate of one per cent of more.