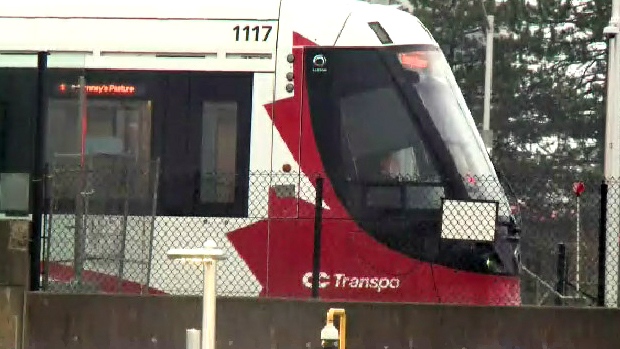 An Ottawa LRT car at Blair Station on the first day of service since a derailment on Aug. 19.

Ottawa’s auditor general is pausing her probe into the city’s light rail transit system because a provincial inquiry will cover similar material, she announced Wednesday.

Nathalie Gougeon said in a memo to council that she and her team have reviewed the scope of the province’s work and determined it would be best to “press pause” on the work her office has started.

“This would allow us to alleviate any excess burden placed on the City’s administration caused by two, very large, concurrent reviews of similar nature,” she said in the memo.

“It will also ensure we do not duplicate work performed by the Commissioner through the course of the provincial inquiry.”

City council voted in October to ask the auditor general to investigate the procurement and implementation of LRT Stage 1, in light of two derailments in six weeks and other problems with the project since its Sept. 2019 launch.

The move was instead of launching a judicial inquiry, which some councillors had been pushing for.

However, the province later stepped in and announced it would launch a public inquiry into Stage 1.

Last week, they announced appeal court judge Justice William Hourigan would lead the inquiry, which will examine “the commercial and technical circumstances that led to the breakdown and derailment” of Stage 1.

Gougeon said she will reassess in the coming months whether any items that the provincial inquiry doesn’t cover will need to be reviewed by her office.