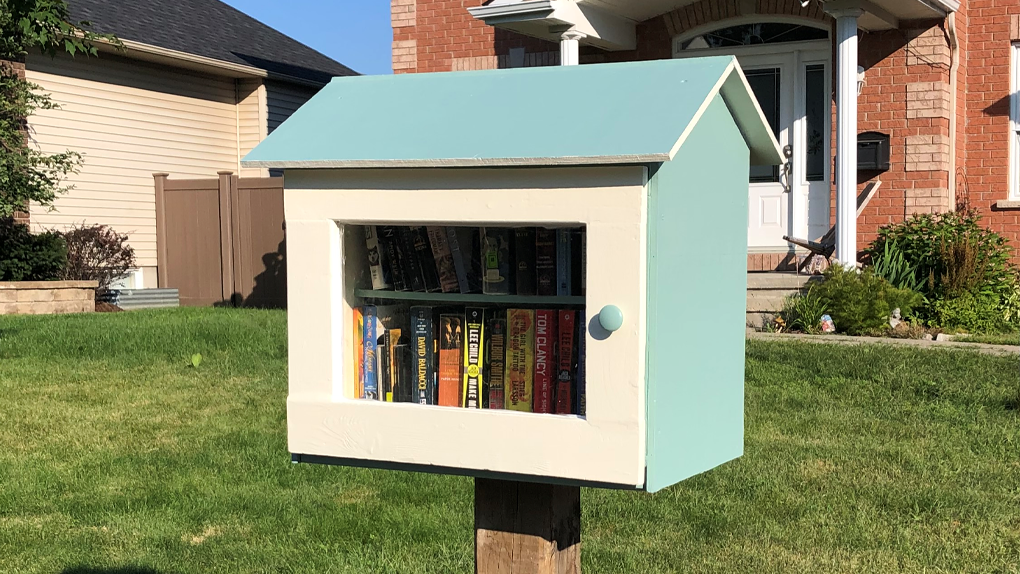 Wendy Chaytor of Stittsville says she received a registered letter from Ottawa Bylaw Services ordering her to move the Little Library away from the curb. (Wendy Chaytor/submitted)

The city of Ottawa is exploring "alternate approaches" to allow little libraries to be set up in neighbourhoods, after a Stittsville family was temporarily ordered to move the library structure away from the curb on their front lawn before a solution was found.

Earlier this month, Wendy Chaytor was ordered to move her Little Library box back onto her property following a complaint to bylaw. Chaytor received a registered letter from the city stating there was a complaint about the library, and she had to move it back beyond the city's road allowance of 4.3 metres.

A few days later, Chaytor said Coun. Gower and Ottawa Bylaw came up with a solution to issue a permit to mount the library on a stand and return it to its original location near the curb.

In his motion, Gower notes a permit under the Encroachment Bylaw, for a certain period of time, is an "ad hoc solution" that warrants further review by staff.

Staff will report back on alternate approaches to permitting Little Free Libraries during the next term of council.