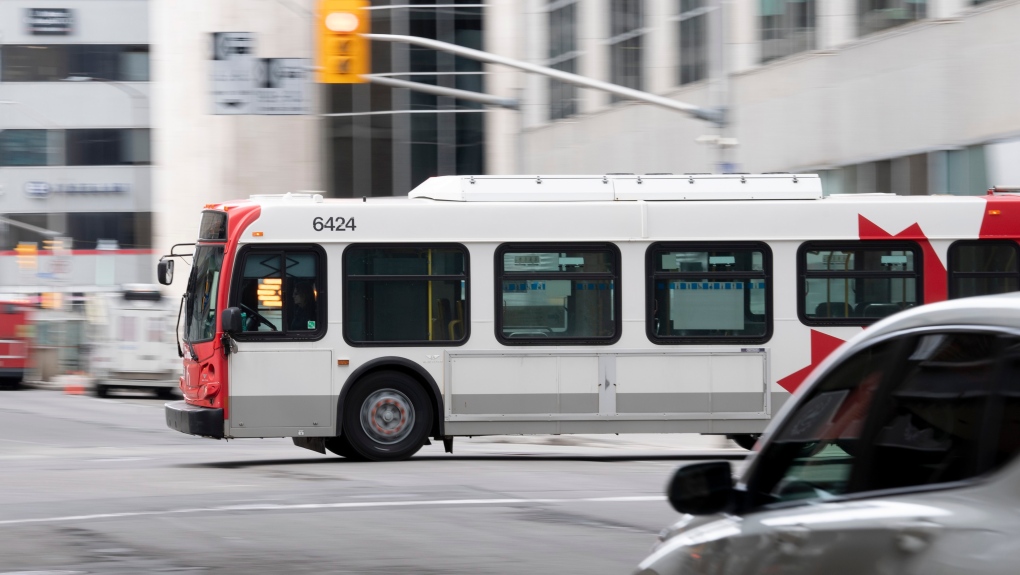 The city of Ottawa could soon be providing OC Transpo transit passes free of charge to local shelter clients.

A motion that will be discussed at Wednesday's transit commission meeting, moved by Coun. Catherine McKenney, calls on the commission and council to approve a plan that would provide weekly or monthly transit passes to local shelters to distribute to clients as they see fit.

The motion came about because of a working group within the transit commission to discuss the fare structure of OC Transpo with an aim at reducing financial barriers to accessing the transit system.

"The working group members agree that increased access to transit services for emergency shelter clients provides a benefit not only to people experiencing homelessness but also to the City as a whole," the motion states.

The motion notes that many clients of emergency shelters typically do not purchase transit passes, often because they cannot afford it, and so these proposed passes would not reduce or replace transit fare revenue.

"People who live in shelters, they still go to work, to medical appointments, to job interviews; they visit family, and allowing travel is a huge benefit," McKenney said in a phone interview with CTVNewsOttawa.ca.

The motion calls on council to provide up to 2,000 transit passes at no cost to local shelters so that they may be given to clients who request them, based on their needs.

The use of these passes would be studied to determine if any adjustments to the proposed program are needed.

McKenney said this motion comes after several months of working on a sliding fee scale for transit passes. The goal was to eventually create a system where the cost of a transit pass scales with one's income to a certain level. While that idea did not receive support, McKenney is confident this latest motion will be passed.

"There was no support for the sliding fee scale, but I was able to explain the rationale for shelters," they said. "I'm very confident. The chair is very supportive and it will make the lives of the 2,000 people in our shelters a little bit easier."

At the special transit commission meeting on Nov. 3, during which the notice of motion was presented, commission chair Coun. Allan Hubley said this would be a positive step for the transit system.

"If we support this at the meeting on the 17th, we're really going to be helping some folks that need a helping hand," Hubley said, while thanking McKenney and the members of the fare working group.

The transit commission will meet Wednesday to discuss the motion as well as the 2022 draft budget, which includes a 2.5 per cent fare increase set to take effect Jan. 1, 2022.

McKenney, who is a strong proponent of making public transit free for riders, said they are hopeful that by the next term of council, work can begin to reduce fares for everyone.

"We need to make transit affordable and accessible to everyone," they said. "Public transit is a huge benefit to everyone in the city, even if you don't take it. We have to stop raising fares. Next term, we have to ask, 'How do we bring down fares?'"

Anne Heche has remained in critical condition since crashing her vehicle into a Los Angeles residence on Friday, according to a new representative for the actress.

The FBI search of Donald Trump's Florida resort is an extraordinary, historic development given that it targeted a former President of the United States and set off a political uproar he could use to stoke his likely 2024 White House bid.

After Russia invaded Ukraine last February, the European Union moved to block RT and Sputnik, two of the Kremlin's top channels for spreading propaganda and misinformation about the war. Nearly six months later, the number of sites pushing that same content has exploded, according to a report by NewsGuard.

4 Muslim men were killed in Albuquerque. Here's what we know about them

After ambush-style shootings of three Muslim men and the recent killing of a fourth in Albuquerque, New Mexico, the Muslim community in the city is on edge and fearful.

In a growing challenge to Russia's grip on occupied areas of southeastern Ukraine, guerrilla forces loyal to Kyiv are killing pro-Moscow officials, blowing up bridges and trains, and helping the Ukrainian military by identifying key targets.

The FBI searched Donald Trump's Mar-a-Lago estate as part of an investigation into whether he took classified records from the White House to his Florida residence, people familiar with the matter said Monday, a move that represents a dramatic and unprecedented escalation of law enforcement scrutiny of the U.S. former president.