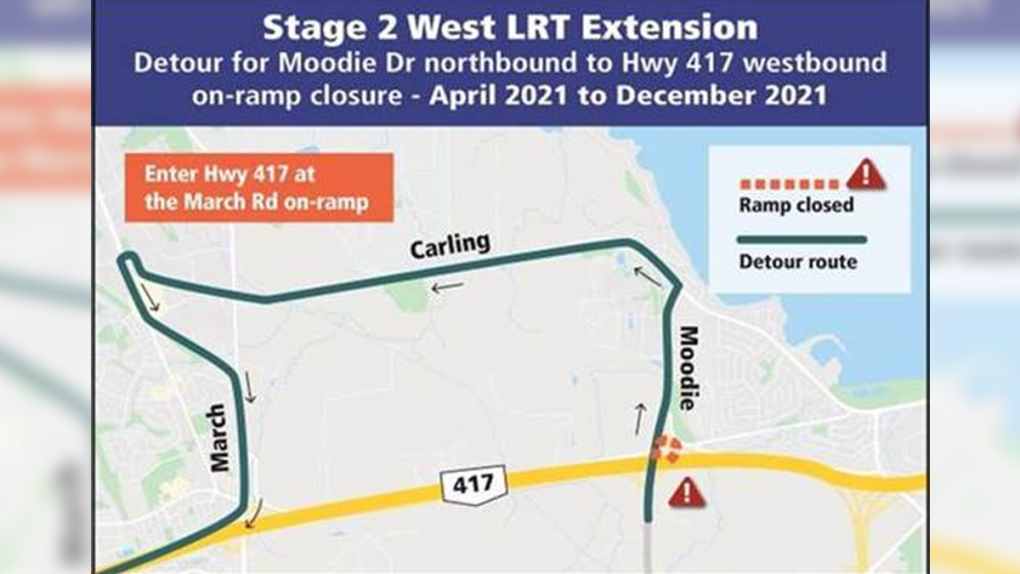 The City of Ottawa says the Moodie Drive on-ramp to Highway 417 westbound will be closed starting April 1 and will reopen in December to facilitate Stage 2 LRT construction. The posted detour will be in place. (Image via the City of Ottawa)

OTTAWA -- The City of Ottawa says the northbound Moodie Drive on-ramp to Highway 417 westbound will be closing for more than eight months.

The on-ramp will shut down on April 1 and remain closed until December, the city said in a news release. The closure is to facilitate work on the Stage 2 LRT expansion to the west end. Cycling and pedestrian routes will remain open.

The following detour will be in effect during the closure:

The Stage 2 extension to the west end will run in a trench on the north side of the highway, travelling underneath Pinecrest and Moodie. It is expected to be complete in 2025.