Churchgoers pray for all parties in child luring case 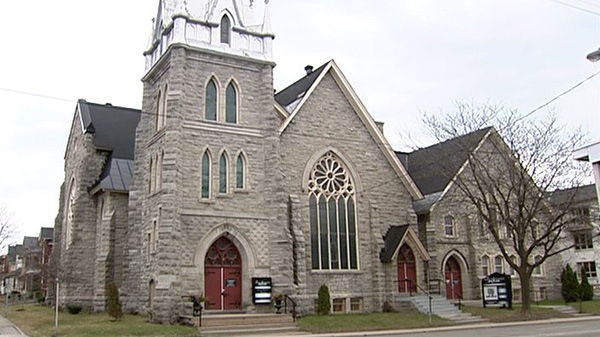 Mark Raymer, 28, was a youth pastor at Peace Tower Church on Bronson Avenue.

Parishioners at a central Ottawa church are praying for everyone impacted by charges of sexual exploitation against a former youth pastor.

Sunday was the first gathering at Peace Tower Church on Bronson Avenue since 28-year-old Mark Raymer was charged with six counts of sexual exploitation and one of luring a 16-year-old girl.

"We never heard his side, you can't just rush to judgment on somebody especially when you're dealing with spiritual people," said Maurice Golka. "The law would have to prove he did something inappropriate."

"If it did happen, I hope people that had the offence done to them . . . I hope they get help and get healed," said Terry Fierback.

Mark's parents are the lead pastors at the church and aren't commenting on camera, along with other church leaders.

They released a statement saying they're co-operating with authorities and that Raymer resigned as soon as allegations surfaced last month.

Police said the alleged illegal contact with the teenage girl dates back to last year.

"We are praying for him, you know?" said Fierback. "There must be something he is going through."

"I don't know too much about him, I heard he was doing great things for the ministry," he added. "We're all not perfect."

Police said they have no reason to believe there are more victims, but the potential does exist.

There have been two other recent online child luring arrests in the last two weeks in Ottawa.

With a report from CTV Ottawa's Vanessa Lee