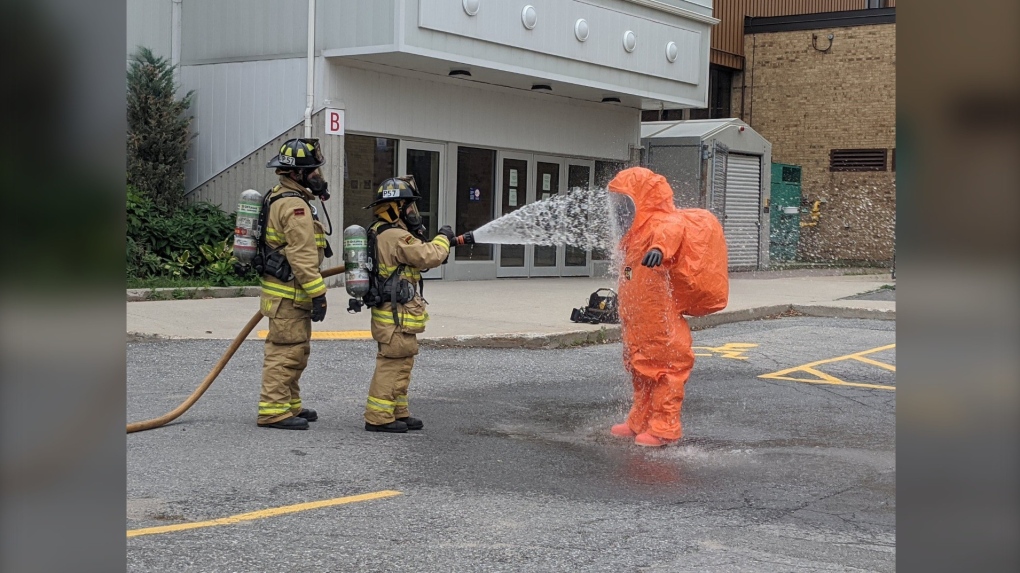 Ottawa Fire responded to a chlorine leak at a City of Ottawa facility in Lowertown. (Photo courtesy: Twitter: OFSFirePhoto)

OTTAWA -- One person was assessed on scene by Ottawa Paramedics after a chlorine gas leak forced the evacuation of the Lowertown Community Resource Centre.

The Ottawa Fire HazMat team was called to 40 Cobourg Street just after 11 a.m. for reports of a chlorine leak in the City of Ottawa building.   A 911 caller said there was a strong chlorine ordour in the building irritating the eyes and throats of multiple people inside the building.

The 911 dispatcher advised the caller to evacuate the 20-to-30 people inside the building.

Paramedics say patients on scene reported general symptoms related to a possible chlorine or muriatic acid leak.  One person was assessed on scene, but declined transport to hospital.

"A chemical reaction occurred during maintenance work on a water purification system for the swimming pool, producing dangerous gas in a maintenance room," Ottawa Fire said in a statement.

"Firefighters are working safely to remove the chemicals from the area."

Firefighters will remain on scene using air monitoring equipment to ensure the building is safe before people can return inside.