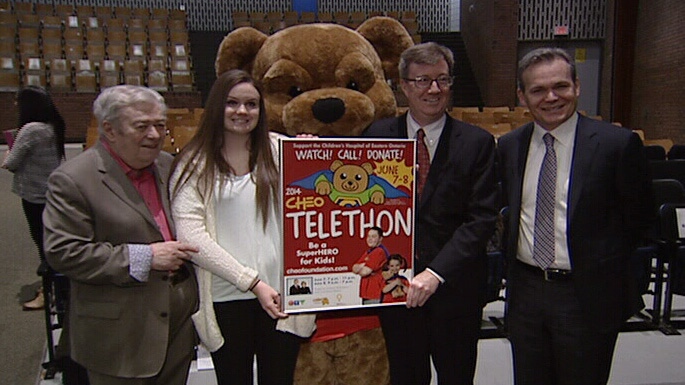 The Children’s Hospital of Eastern Ontario launched 2014 Telethon season in a high school auditorium full of students, local celebrities and a dancing bear.

The CHEO Bear could be seen busting a move in the aisles as Sir Robert Borden’s high school band played an upbeat tune.

It was a big day for CHEO and the high school. As thousands start to countdown the days to the telethon happening June 7 and 8, one student is making a mark as an artist. Taylor Creighton, 17, is this year’s winner of the logo design contest. Creighton’s design will be featured on posters and clothing promoting this year’s telethon.

Hospital executives are encouraging everyone to live up to this year’s challenge of being a “Superhero for CHEO.”