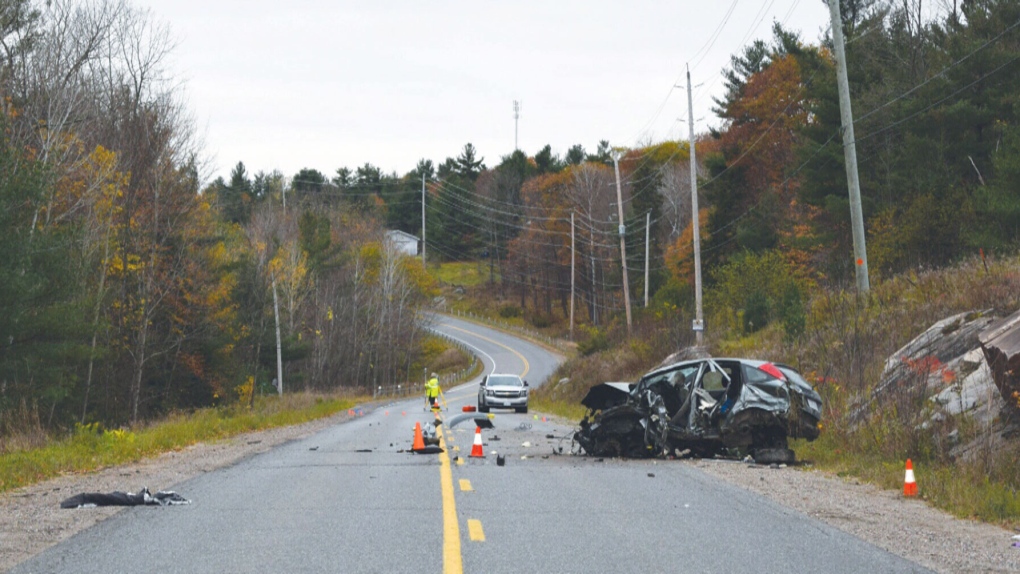 Two teens were killed and another two badly injured in an October 2017 rollover crash.

OTTAWA -- Charges against an Ottawa Valley server and bartender in connection to a 2017 car crash that killed two teens have been stayed.

The lawyer for Senack confirmed to CTV News Ottawa Thursday afternoon that the prosecutors stayed the charges against Senack.

Brandon Hanniman and Alexander Paquette, both 18, died of injuries sustained in a single vehicle crash on Oct. 27, 2017 near Burnstown, Ont. Police said the investigation determined alcohol was a factor in the rollover crash and that the teens had been drinking under age at a local establishment.

Two other occupants in the vehicle were injured in the crash

All four people in the vehicle were members of the Renfrew Timberwolves junior B hockey team.