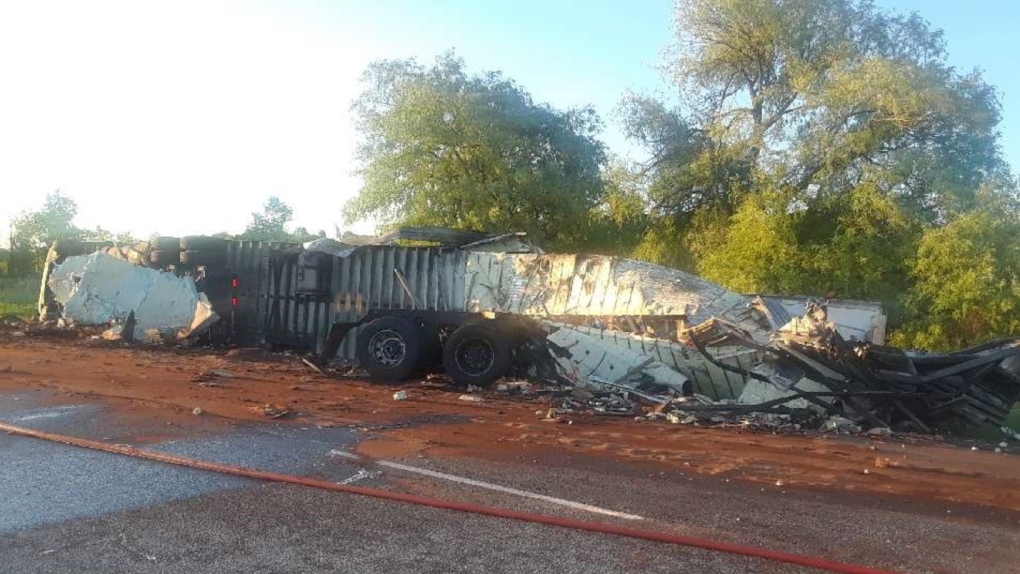 The collision happened just before 3 a.m. Wednesday near Highway 401 and Highway 15. Police say there were only minor injuries as a result of the crash.

In a release, the OPP said a transport truck driver had stopped on the eastbound shoulder when another transport truck collided with the parked vehicle. The second truck caught fire and Kingston firefighters were called in to extinguish it.

No one was inside the vehicle as it was burning, police said. One driver was taken to the hospital as a precaution.

Emergency detour routes are in place and police are warning drivers to expect delays in the area.

All eastbound lanes of Hwy. 401 at Joyceville reopened just before 5 p.m.

Investigators from the OPP and the Ministry of the Environment are working to determine what happened.