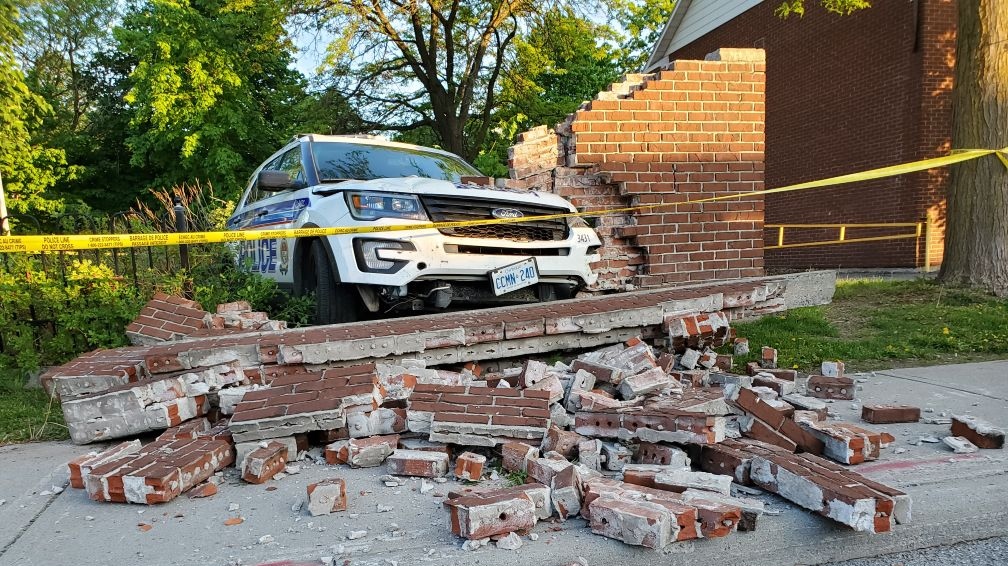 OTTAWA -- Ottawa police say charges have been laid after a man allegedly stole a police vehicle and crashed it into a wall in Centretown.

Police say officers conducted a traffic stop at 6:50 p.m. Monday near Booth and Louisa Streets because the passenger was not wearing a seatbelt.

Police then claim the following series of events led to the eventual crash.

The passenger got out of the car and began walking away, despite officers telling him to stop. Police claim the man then pushed an officer and ran away.

A second officer joined in the chase and, upon finding the man, tried to arrest him. The man pushed the officer and kept running. Officers caught up to him again and, during a scuffle, pepper sprayed him, which police said "had no effect."

The man then managed to get into the arresting officer's police car while the officers were trying to restrain him and starting driving. One of the officers was dragged a short distance. The man then drove into a brick wall at Piazza Dante Park, where he was arrested.

That suspect suffered minor injuries and allegedly gave a fake name to police when he was arrested.

Police have since identified the suspect as a man who was previously wanted on a warrant for charges that include robbery, theft of a vehicle, dangerous driving, and weapon possession.

James Rush, 35, of no fixed address is now facing several charges related to Monday's incident, including theft of a vehicle, dangerous driving, fleeing police, assault with intent to resist or prevent a lawful arrest, and obstructing police.

Police have also laid three counts of unlawful possession of a schedule 1 substance against Rush.

Rush was scheduled to appear in court Tuesday. Police say the investigation is ongoing.