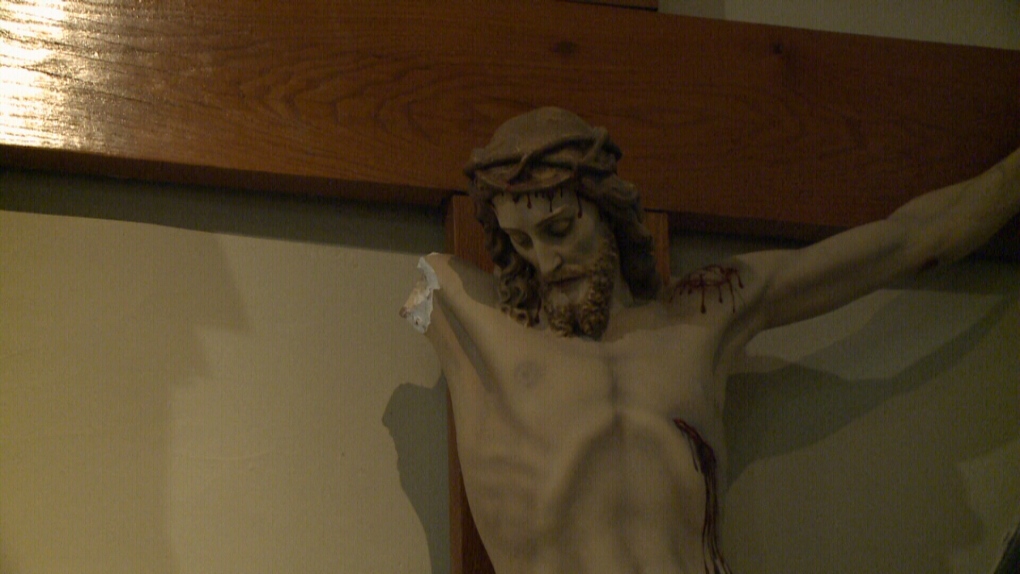 A vandal targeted Jesus on the Crucifix at the front of Ottawa's St. Patrick's Basilica moments before Sunday night mass. Jesus' arm was torn off and votive candles smashed, leaving a trail of destruction.

Parishioners had told CTV News that a woman ran into the church just before 9 p.m., jumped on the top of the communion rail at the front of the church, and ripped the right arm off the Jesus on the crucifix.

52-year-old Katherine Spero is charged with breach of a judicial release and disturbing a religious worship in connection to the April 30 incident at the church.

Spero was also charged with another mischief incident that occurred at the same church on January 30. Police allege parts of statues representing religious figures were broken in that incident.

Ottawa Police are looking for any witnesses who may have been in the church on January 30 and April 30.