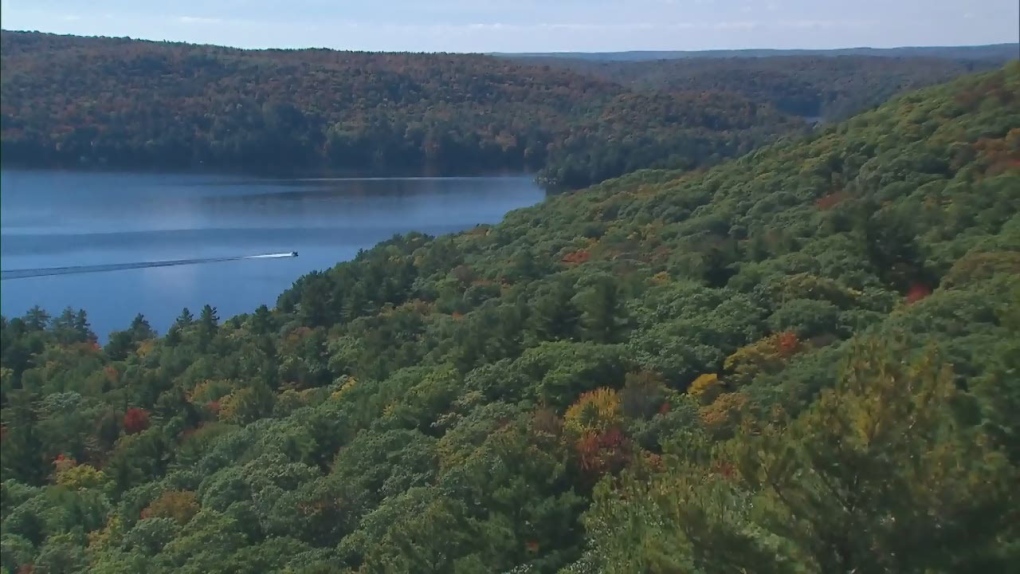 Changing leaves can be seen from a lookout tower in Dorset, Ont. on Thursday, Sept. 25, 2014. (Sean MacInnes / CTV Toronto)

OTTAWA -- Two people are in good condition after being rescued from an island in Algonquin Park by a CH-146 Griffon Helicopter overnight.

The pair were stranded on an island on Coveo Lake after capsizing their canoe in the rapids.

The Royal Canadian Air Force says at approximately 3 a.m. Sunday, the Joint Rescue Coordination Centre in Trenton received a call for assistance from the OPP in Pembroke. A CH-146 Griffon Helicopter based out of 8 Wing Trenton responded and were on scene at around 5 a.m.

In a statement, the Royal Canadian Air Force says the Griffon couldn't land in the area because of the unsuitable terrain due to the rapids and rocks.

"The Search and Rescue technicians successfully hoisted both of them into the helicopter and transported them to the Pembroke Airport."

The pilot, Capt. Marc Crivicich, said the Search and Rescue Technicians were hoisted 170 feet down to the island to meet the canoeists. Once they were on board, the CH-146 Griffon Helicopter flew to the airport and transferred the pair into the care of the OPP.

The two canoeist had spent the evening on the island, and were in good condition. 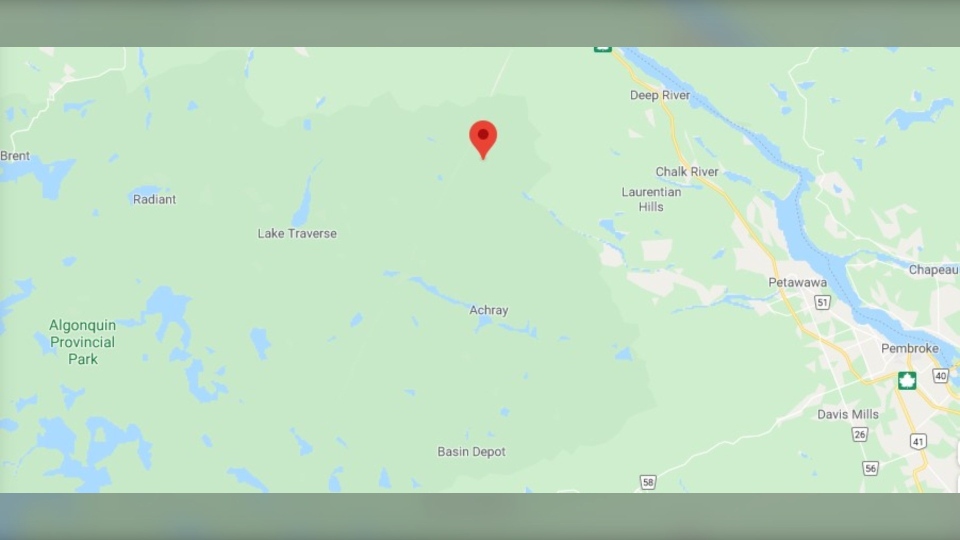