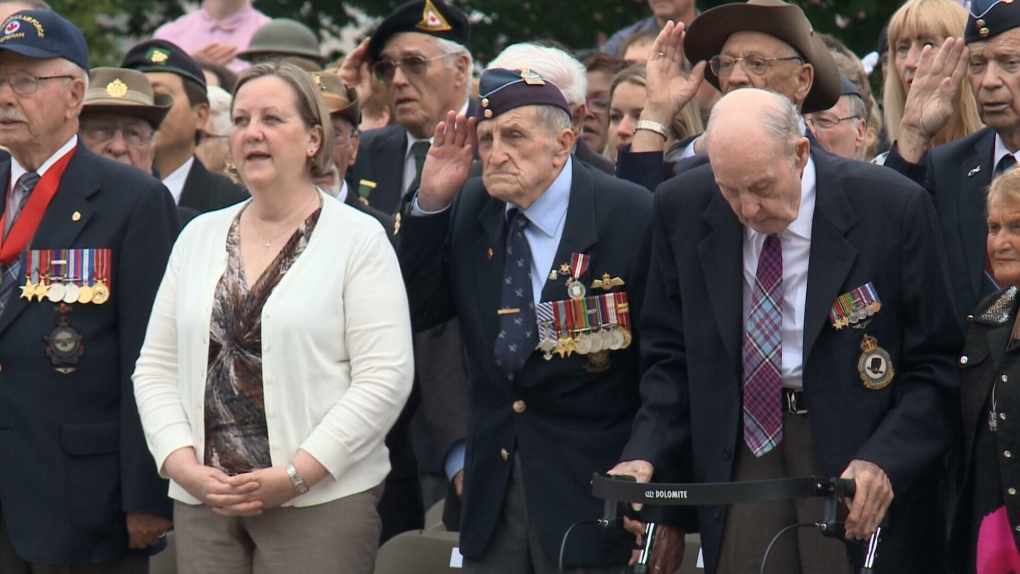 It was on this day in 1945 when Japanese forces surrendered in the Far East, Southeast Asia and Pacific, known as Victory over Japan Day.

Today on the 70th anniversary of VJ Day, a ceremony was held in Ottawa at the National War Memorial to honour Canadians who fought.

Another World War II veteran Bob Bradley says the ceremony is a chance to teach new generations about the men and women who served Canada.

"It is important to let the younger people know what happened in World War II. A lot of people didn’t know that V-J Day didn’t end until after the VE Day. As they said today, it was the forgotten war,” said Bradley.

Quincy Ross was there on behalf of her grandfather who lives in Montreal. She said when she was old enough her grandfather taught her about V-J Day and asked her to remember.

“I’m happy to have seen them here today and when I heard 50 veterans would be out here today in the heat, that really moved me,” said Ross.