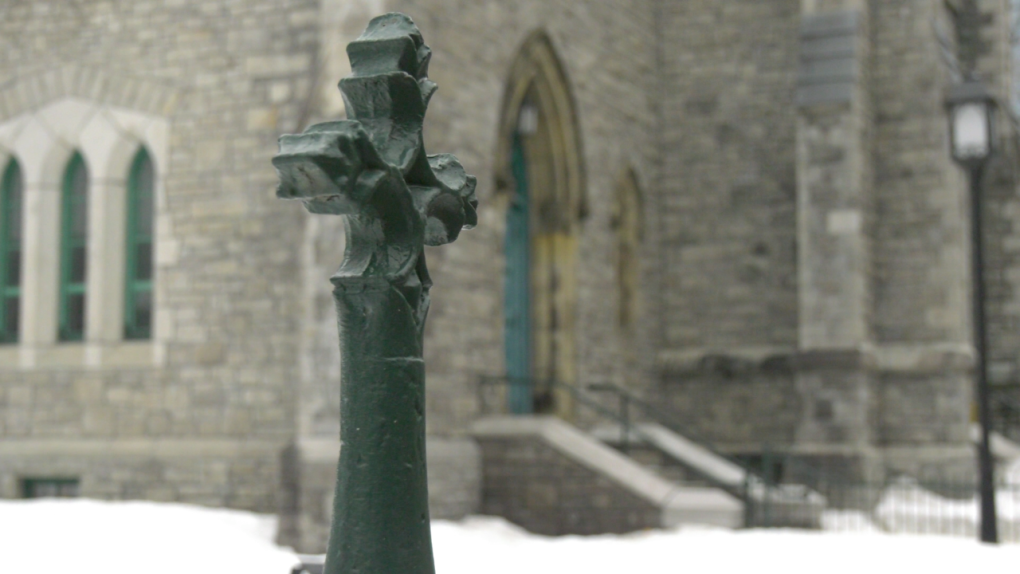 OTTAWA -- The Diocese of Ottawa and the Archdiocese of Ottawa have issued guidelines to churches, and are asking ill parishioners to stay home, in a bid to prevent the spread of COVID-19 in the lead-up to Easter.

In a memo issued on Thursday, Bishop of Ottawa Rt. Rev. John Chapman outlines guidelines for administering the chalice at Eucharist and the Exchanging the Peace during services at Anglican churches in Ottawa.

The Diocese of Ottawa says it has not suspended the use of the common cup at the Eucharist or communion services, but anyone who administers the chalice has been directed to wipe both sides of the rim after a person receives it.

The guidelines from the Diocese of Ottawa also says “Intinction is not be allowed under any circumstances in that the potential of fingers making contact with the wine poses a significant risk in the spread of the virus or other infection from one person to another.” The Diocese says this practice has not been allowed since the SARS epidemic.

The Diocese is also advising that shaking hands or hugging others during the Exchanging the Peace is not encouraged at this time. The memo from the Bishop of Ottawa states “bowing or nodding to another person is an appropriate expression of our commitment to communal life.”

Rt. Rev. Chapman writes the guidelines for Anglican churches will be updated if COVID-19 cases are detected in eastern Ontario and western Quebec.

Meantime, the Archdiocese of Ottawa has asked priests to suspend the greeting of peace and Holy Communion from the chalice throughout Lent.

Archbishop Terrence Prendergast is recommending priests only distribute the consecrated host so that parishioners don’t drink from the same chalice.

In a March 2 memo, the Archdiocese addresses questions about how the church should prepare to help churchgoers feel secure and to avoid panic.

“The best precautions being recommended are to wash one’s hands, to cough into one’s sleeve and to avoid touching one’s face.”

Parishioners who may feel ill are asked to stay away from the service.

Archdiocese of Ottawa director of communications Robert Du Broy tells CTV News Ottawa "stay home if you're not well. Sunday mass is not an obligation for those that are ill."