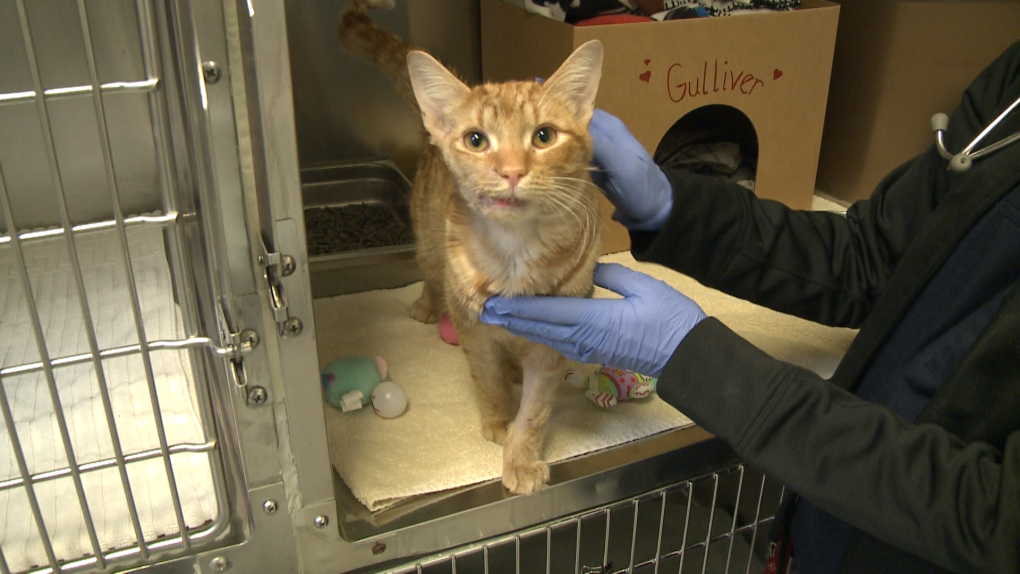 Gulliver the cat is recovering at the Ottawa Humane Society after undergoing surgery on Oct. 19 for a jaw wound.

OTTAWA -- Three weeks after an orange tabby cat was found with an apparent gunshot wound in the face, the Ottawa Humane Society says Gulliver is "doing amazing."

The one-year cat underwent surgery at the humane society on Oct. 19 to remove bullet and bone fragments and is now recovering.

"He suffered what appeared to be a gunshot wound to his jaw. The initial surgery involved removing bullet fragments, fragments of bone. His jaw from fracture from the gunshot injury, so there was a lot of preliminary work that needed to be done," said Dr. Shelley Hutchings, Veterinarian at the Ottawa Humane Society.

"Now we're going to see how his jaw heals, how the alignment is and monitor to see if he's going to need some further surgeries in the future."

Someone found the cat in Larose Forest in Clarence-Rockland on Oct. 9. The individual took the cat to a local veterinary clinic, where he was transferred to the Ottawa Humane Society.

The humane society said x-rays revealed Gulliver suffered a broken jaw, broken teeth and an infection in the wound.  He underwent the first surgery on Oct. 19, and continues to recover. 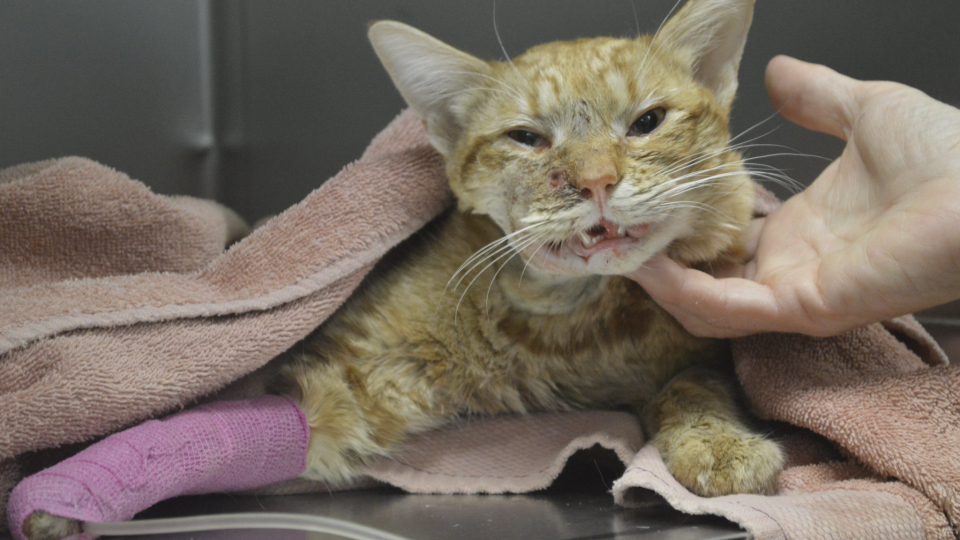 "Gulliver is doing amazing. We've had lots of calls asking how he's recovering. He's healing really well after his preliminary surgery that we did on the 19th," said Dr. Hutchings.

"He's super affectionate, he's eating well and the healing is going as good as planned. So far, we're really pleased with his recovery."

"We're taking it day-by-day with Gulliver. Right now, we have to see how he heals after this initial surgery.

More than $35,000 was raised through the Ottawa Humane Society's donation page to help cover the cost of treatment.  Dr. Hutchings says the community support will help Gulliver, and other animals in need of care. 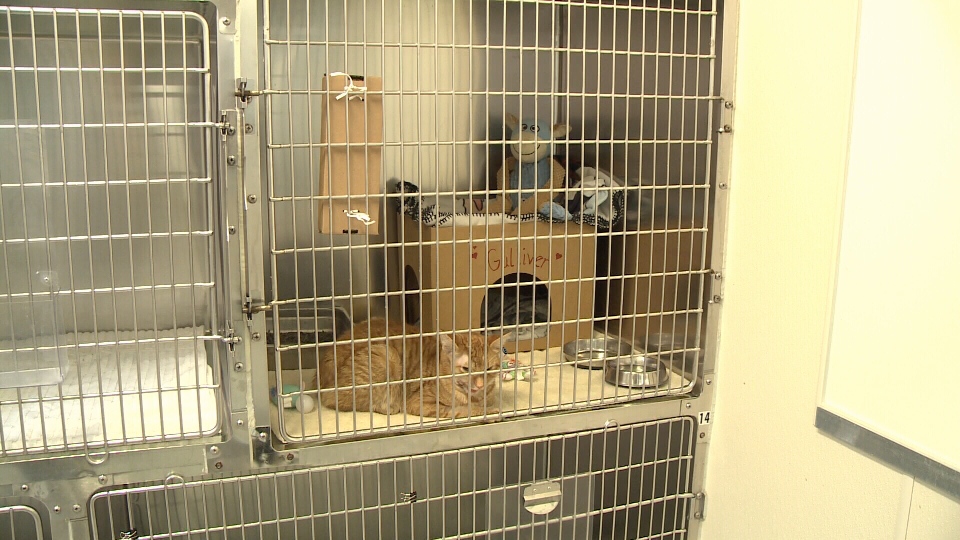 "Amazingly, we were able to raise over $35,000 for his care. His medical needs are certainly covered and this also allows us to help so many other animals in our community that come into our care needing urgent medical or surgical care."

The Ottawa Police Service said the incident was being investigated.

As for Gulliver, he will remain at the Ottawa Humane Society a while longer before being put up for adoption.

"That is our ultimate goal for Gulliver, is to have him healed and comfortable and happy so that we can find him a new forever home," said Dr. Hutchings.

"At this point, he's not ready to go yet to a foster home yet, because he's getting pretty much daily vet checks and lots of medication."