Cases of COVID-19 in Leeds, Grenville and Lanark counties linked to Ottawa 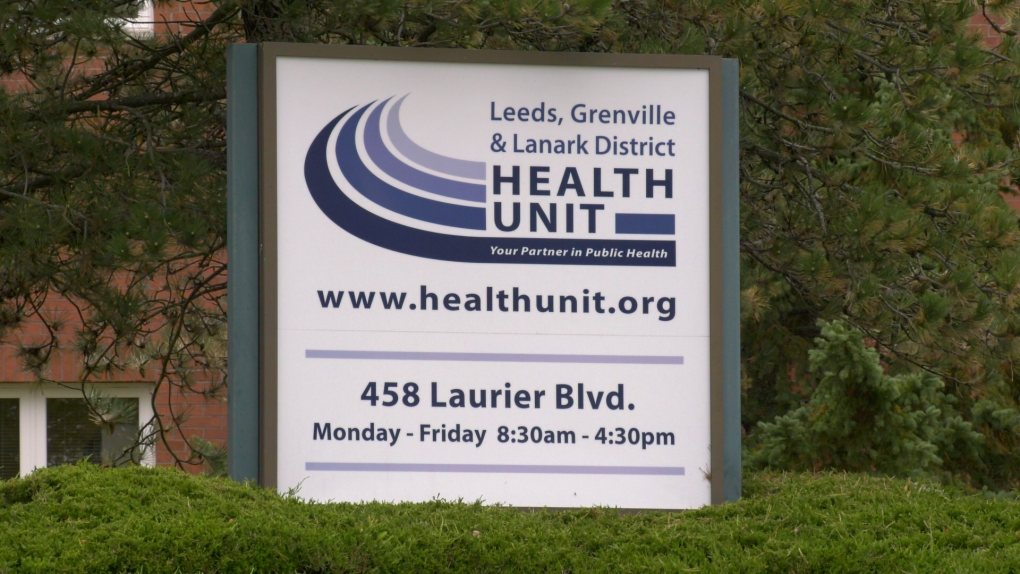 Dr. Paula Stewart issued the order on Tuesday in response to rising cases in the tri-county area, which includes Carleton Place, Perth, Smiths Falls and Brockville.

"I've decided that now is the time because our numbers have started to rise a bit. We had sort of six to eight people who were active cases at a time and now we are up to 16," Dr. Stewart said in a Zoom interview with CTV News Ottawa on Wednesday.

"We're now seeing it in a couple of cases of people who are older and who have chronic health problems," Dr. Stewart said.

"Many health units have already implemented a Section 22 Order, specifically around the follow up for people who have COVID-19 or the contacts of those people."

Other health units that have implemented the Section 22 Orders include Ottawa, Kingston and Toronto.

In a media release, the LG&L District Health Unit says the order enforces self-isolation requirements to people who have a confirmed case of COVID-19 or have new or worsening symptoms.

It also includes people who have been tested and awaiting results, or are in close contact with someone who has had COVID-19, such as caring or living with that person.

"This is an extra safeguard if you run into someone who isn’t willing to follow the requirements that we have something in place so that we can use that to protect the community," Dr. Stewart said.

Dr. Stewart also praised residents in Leeds, Grenville and Lanark Counties for listening to health officials all summer, and that fines would be a last resort.

"Our experience to date has been that people have been wonderfully compliant and when I talk to medical officers of health who already had this order in place, they say for those people who are reluctant, simply having the order in place they realize that it's serious and they have to comply. So that’s what I'm expecting will happen in our area also," said Dr. Stewart.

New cases in the area have been connected to hot spots such as Ottawa.

"If you look at our map, you’ll see that most of the cases are in people who have been connected to Ottawa in some way, so I think really avoiding those places that have high transmissions right now is the first thing," said Dr. Stewart.

"Looking at the gatherings, that’s been a concern in Ottawa and right across the province. Gatherings were people come together, they don’t keep a six foot distance, they don’t have their masks on. So avoid those risky things," said the medical officer of health.

"(We should) continue to do all the things that have kept us in a really, really good state up until now, we have had very few people who were infected over the summer."

Dr. Stewart also had some advice about Halloween and other important dates coming up.

"When you think about Halloween, Remembrance Day coming up, really think about how you can creatively celebrate. Like Halloween - still let the kids dress up, still do the pumpkins, and celebrate in a way that is safe and fun and creative and doesn't put you or your family at risk."