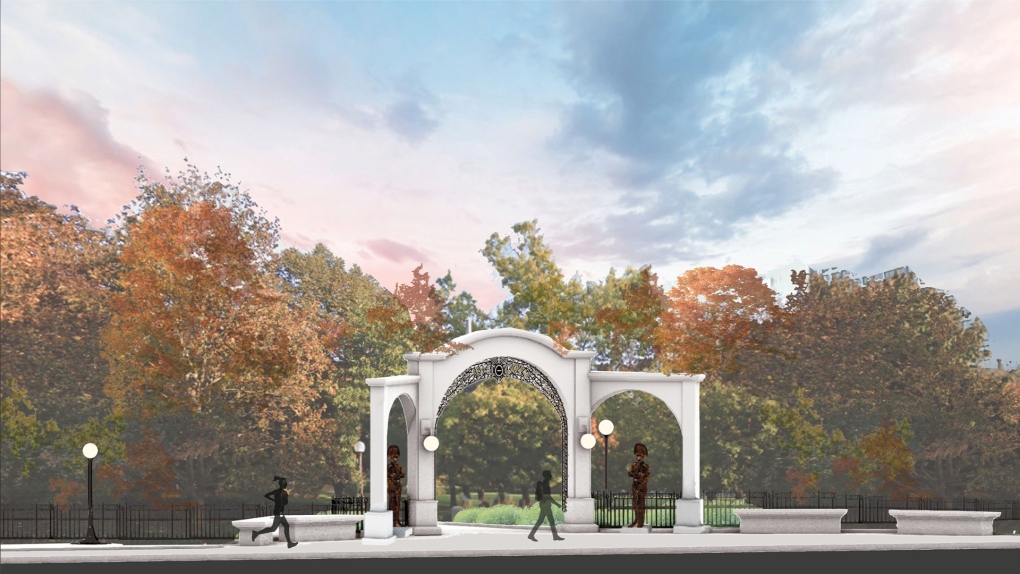 The new commemorative gate at the park's Laurier Avenue entrance would mark the 150th anniversary of the Governor General's Foot Guards, the senior reserve infantry regiment in Canada.

"We were looking to build a new signature landmark in downtown Ottawa, and the complex criteria were synthesized into a stunning design," said Major Gray Shanahan, the leader of the project.

The winning proposal, called Standing Steady, is made up of three linked stone arches. Visitors will pass through the centre arch, the smaller arches on either side will hold bronze sculptures of foot guards at attention.

The design takes inspiration from the three arches on the Cartier Square Drill Hall across the street, where the regiment is based. The arch would be at the south entrance of the park, along Laurier Avenue.

The student designers will receive $5,000. The regimennt is fundraising for the gate and hopes to build it next year.

The Governor General's Foot Guards was established in 1872 and performs the mounting of the Ceremonial Guard on Parliament Hill.