Car crashes through the Rideau River ice and record-breaking snowfall: Top stories in Ottawa this week 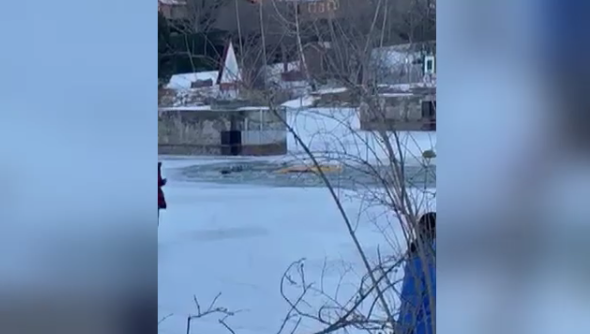 Neighbours used a kayak to rescue the driver of a vehicle that crashed through the ice of the Rideau River.

A driver takes a selfie while standing on a car after it falls through the ice of the Rideau River and a record-breaking snowstorm brings Ottawa to a standstill.

Neighbours use kayak to rescue driver after car crashes through ice in Manotick, Ont.

A yellow car speeding across the ice of the Rideau River in Manotick, Ont. last weekend hit a weak spot and plunged into the water, prompting a massive rescue operation by neighbours to save the driver.

Emergency crews responded to the incident on the Rideau River in the area of Old Mill Way, near White Horse Park, at approximately 4:30 p.m. Sunday. Witnesses reported the car was speeding at nearly 120 km/h at one point.

The incident got widespread attention after the car's driver took a selfie while standing on the submerged vehicle.

"So luckily one of my other neighbours, Rob Crober, had a rope that he had got, so he ran back to his place to grab one of his kayaks off his kayak rack. And I was untangling the rope, he got back, we tied the rope to the kayak and then just got it out to here," Zachary King told CTV News Ottawa.

"It’s like everything worked out perfectly. Got her on the kayak, pulled her in. And as soon as we pulled her in, the car went under. Fully."

Police say the driver has been charged with one count of dangerous operation of a motor vehicle under the Criminal Code of Canada.

On Friday, police removed the vehicle from the frozen river. 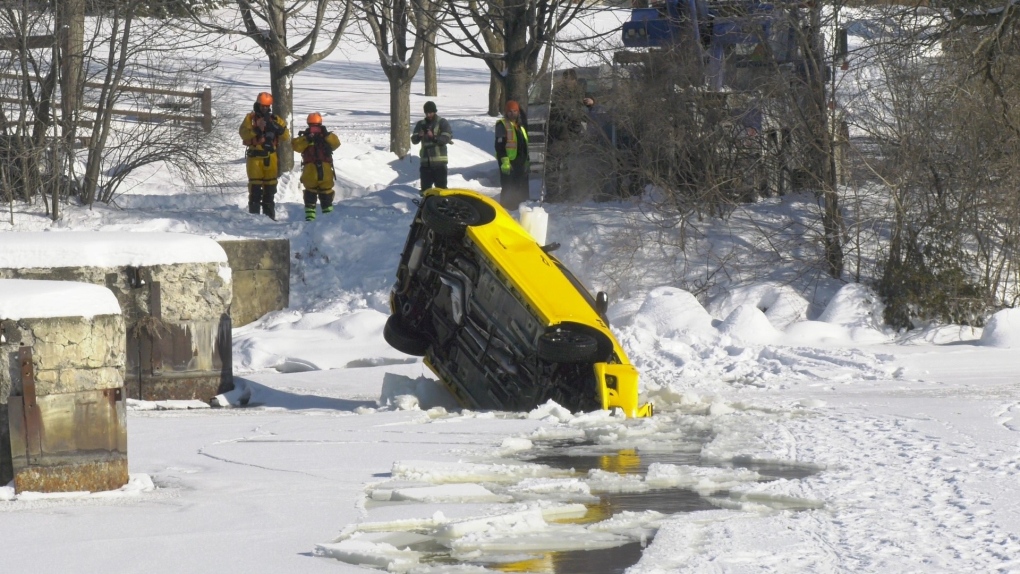 Two eight-year-old Ottawa boys were called heroes this week for their quick actions to help a stranger and their family.

On Monday, paramedics thanked Clayton McGuire for saving an elderly man who was almost completely buried in snow during the blizzard.  Clayton had spotted the man near his home and immediately told his parents, who called 911.

"The gentleman was almost all covered due to the huge snowfall when Clayton spotted him," the paramedic service said.

"A man, I saw him on the floor. Went to get my mom and dad straight away," Clayton told CTV News Ottawa, describing the scene.

Clayton's dad Joey McGuire said he checked on the man as soon as he was outside.

"I asked the man if he was okay. He seemed like he was hurt; he couldn’t get up, he couldn’t walk, he had no strength at all," McGuire explained. "Looked like he had been down there for at least 20 minutes, maybe longer, because he was totally covered in snow."

The man was assessed at the scene but ultimately decided not to go to the hospital, according to paramedics.

Meantime, a Stittsville family is crediting their eight-year-old son for alerting them to a fire at a neighbour's home, giving them time to escape before the flames spread to their home.

Whitney and Sean Toogood say their son Mason came into their room, saying he couldn't get back to sleep and smelled something funny.

When Sean Toogood investigated, he discovered the fire next door. The family of four and their cats escaped before the fire spread.

"At the end of the day, my son was awake and he's a hero through all this," said Toogood. 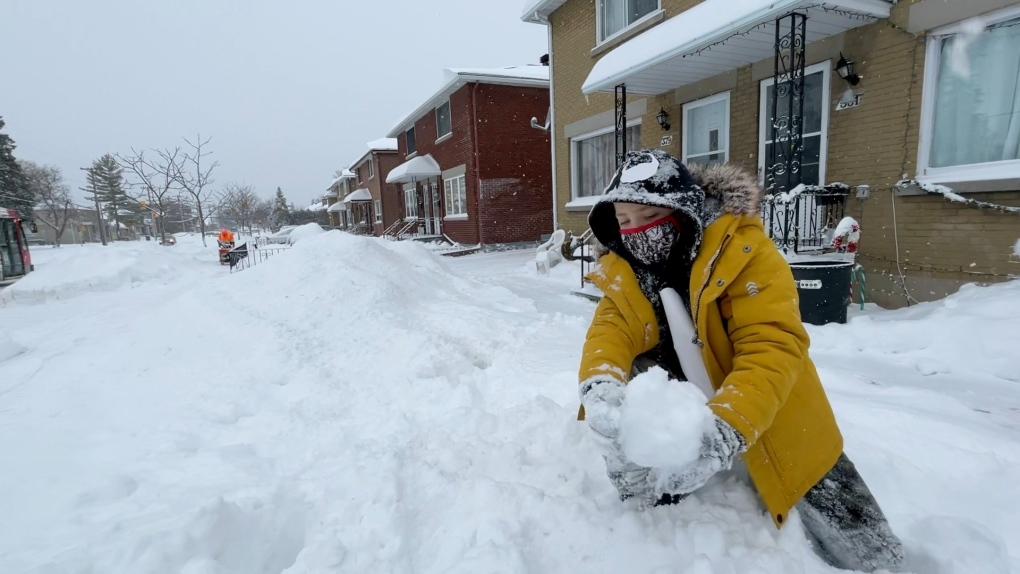 The city of Ottawa spent most of the week digging out after a record-breaking snowstorm hit the capital.

The city warned it would take two days to clear all residential streets following the storm, and crews began moving snow piles off streets over the weekend.

Mayor Jim Watson said the cleanup would cost up to $5 million.

Ottawa received another 5 cm on Wednesday. 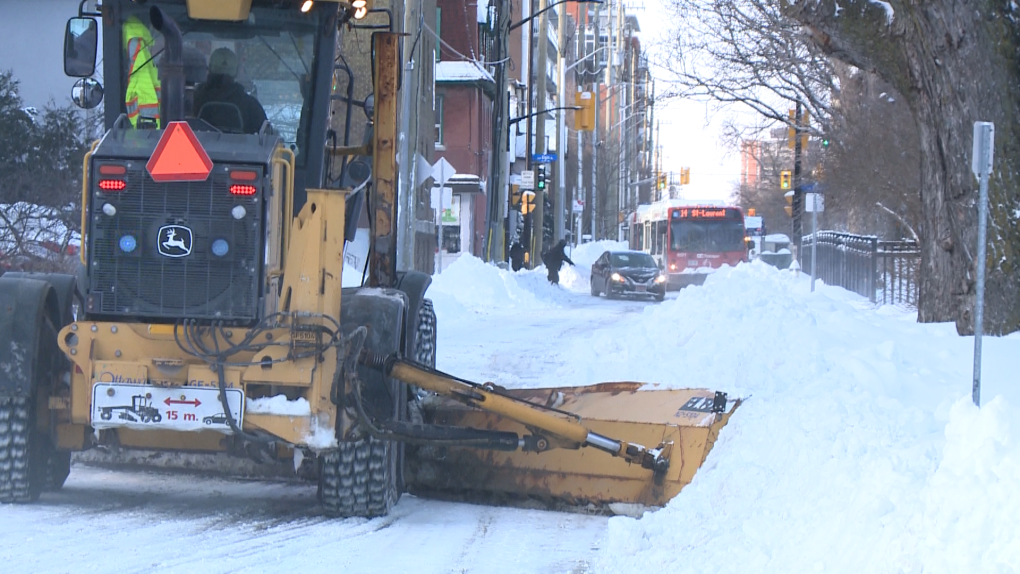 The Office of the Fire Marshal, Ottawa police and other agencies continued their investigation this week into the deadly explosion at an Ottawa tanker truck manufacturing facility.

Six people were killed in the explosion at Eastway Tank on Merivale Road on Jan. 13.  One person died in hospital following the explosion, while the remains of five people were located at the site.

On Friday, the Office of the Fire Marshal said its on-site investigation had wrapped up and the investigative team had cleared the scene.

There is no timeline for the investigations to be completed. 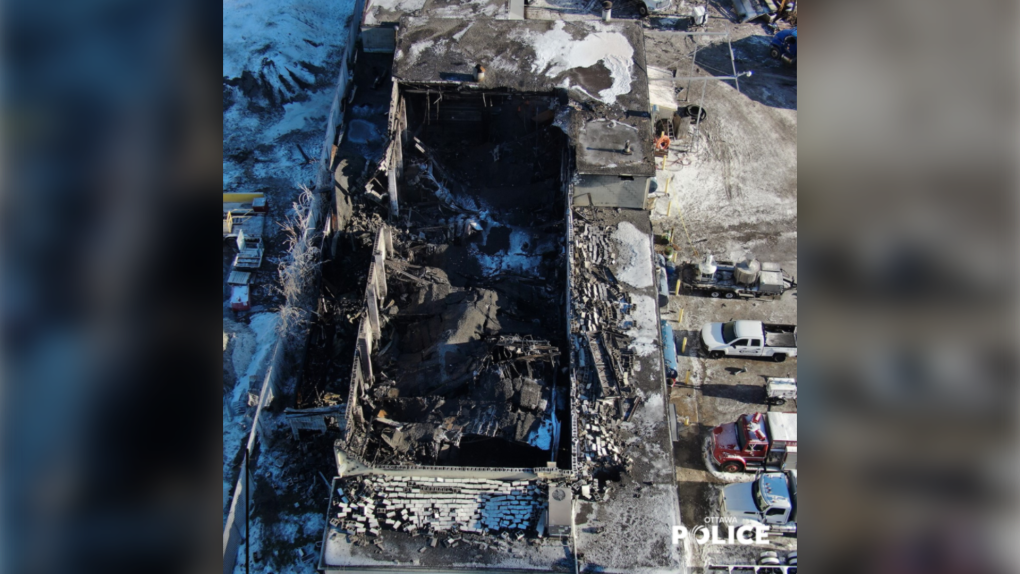 Empty shelves at the grocery store greeted some shoppers in Ottawa and eastern Ontario this week.

Gordon Dean has spent the last 25 years in the grocery business. He’s the owner of Mike Dean Local Grocer with four stores in the Ottawa Valley.

Officials say a shortage of truckers, mandatory vaccination requirements for truckers at the Canada-U.S. border and short-staffed stores are leading to the empty shelves. 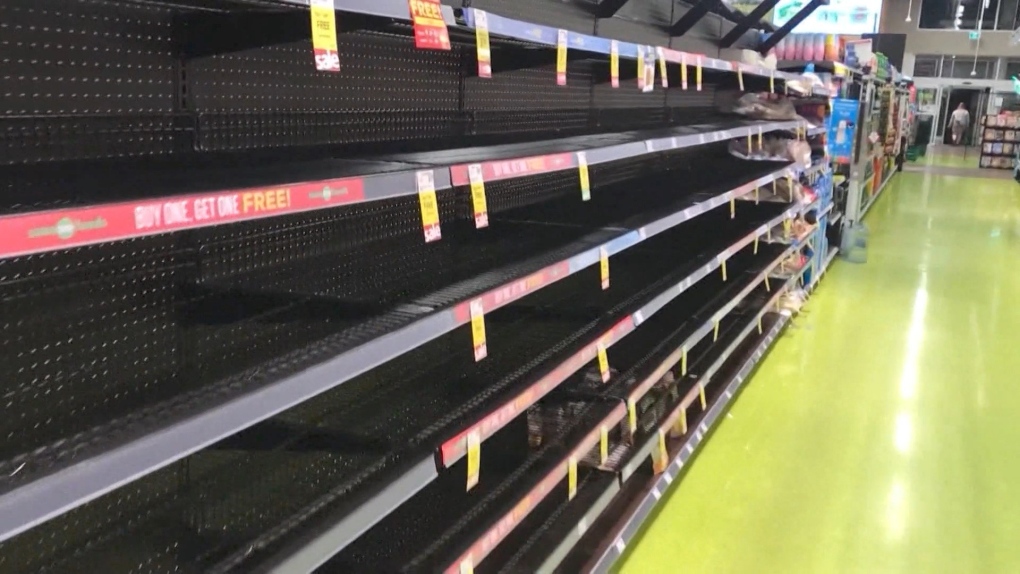 Beto O'Rourke confronts Gov. Abbott on shooting: 'This is on you'

A news conference about the shooting at a Texas elementary school broke into shouting Wednesday as Democratic gunbernatotrial candidate Beto O'Rourke blamed Republican Gov. Greg Abbott for inaction ahead of the latest in a long string of mass shootings in the state.

'Not parent expected': When a DNA test brings distressing results

While genealogical DNA tests may be marketed as harmless and exciting way for people to learn more about their ancestral heritage, CTVNews.ca speaks with a Canadian researcher who says more support is needed for those who get unexpected results that have potential to disrupt family relations.

Governor: Texas gunman said he was going to shoot up school

The gunman who massacred 19 children and two teachers at an elementary school in Texas had warned in online messages minutes before the attack that he had shot his grandmother and was going to shoot up a school, the governor said Wednesday.

Johnny Depp called his ex-wife's accusations of sexual and physical abuse 'insane' Wednesday as he returned to the witness stand in his libel suit against Amber Heard.

Later tonight, the six candidates on the ballot to be the next leader of the Conservative Party of Canada will be debating each other in Laval, Que. CTV News will be live-streaming the debate with English translation and offering real-time updates and analysis, and you can follow along.

Prime Minister Justin Trudeau says his 'heart breaks' for those impacted by the 'horrific' shooting at an elementary school in Texas that killed 21 people on Tuesday.

Feds ready to get involved in Quebec's Bill 21, are closely watching Bill 96

Federal Justice Minister David Lametti says the federal government is prepared to get involved in two controversial Quebec bills, including the language law passed Tuesday, especially if the bills reach the Supreme Court.

With Quebec confirming an additional 10 cases of monkeypox identified in the province, the Public Health Agency of Canada says they are monitoring a total of 15 cases across the country.