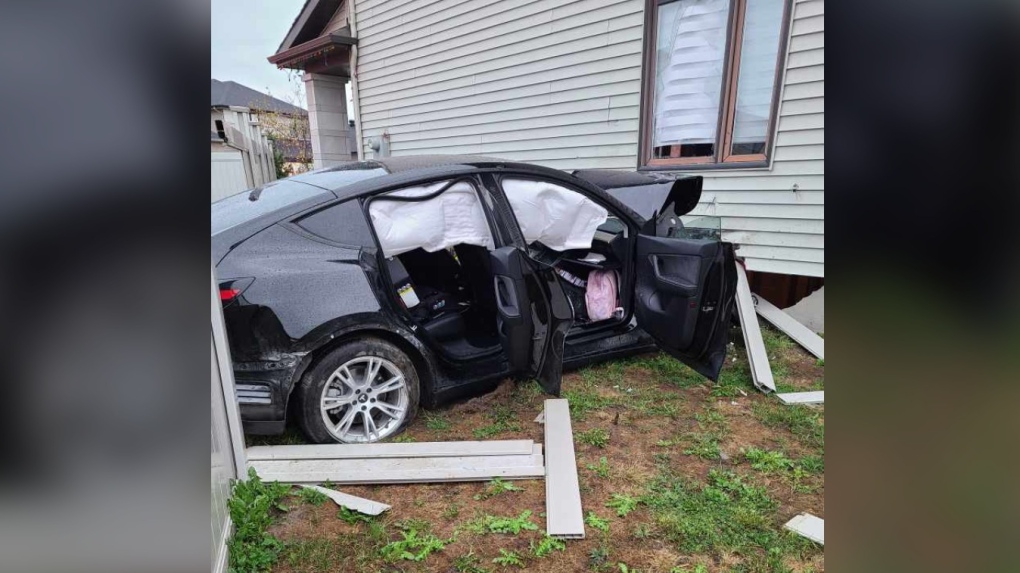 OTTAWA -- A man and two children were injured when a car crashed into a home in Riverside South Thursday morning.

The car, which photos showed was a Tesla, crashed into a home on Summerhill Street just after 8 a.m. Ottawa fire officials said the crash caused severe damage to the home's foundation.

Technical rescue teams were at the scene. The home is between Nightfall Street and Hawkeswood Drive.

The driver of the car, a man in his 30s, suffered chest and lower body injuries. Two children in the car were also injured. All three were taken to hospital, according to Ottawa paramedics.

No one inside the house was injured, paramedics said.